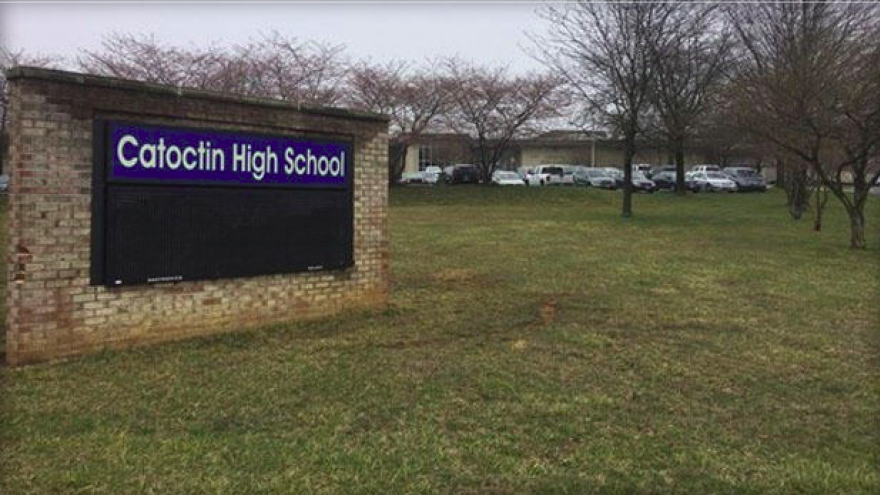 THURMONT, Md. -- An 18-year-old student meticulously planned a mass shooting at her high school in which she intended to die, authorities in Maryland said Monday.

A shotgun, ammunition and bomb-making materials including nails and fireworks were found at Nichole Cevario’s home in Thurmont on Thursday, Frederick County Sheriff Charles Jenkins said at a news conference.

There is no evidence that anyone else was involved, Jenkins said.

One of the teen’s parents notified Catoctin High School officials Thursday of a potential threat of violence and Cevario was removed from the classroom and turned over to investigators, the Frederick County sheriff’s office said in a statement. Cevario was later taken from the school to a hospital for an emergency evaluation and remains hospitalized, officials said.

“This attack was prevented by the parents, who stepped forward,” Jenkins said.

Cevario’s journal “clearly spelled out” detailed plans for an attack she had been working on for some time, including a timeline of the attack with her expectations for each stage, officials said. She had set April 5 as the day of the attack, the sheriff said. She was acquiring the materials and compiling details about school emergency procedures associated with drills conducted by school staff and on the school resource deputy.

Investigators don’t believe anyone was working with Cevario and they think they’ve eliminated any threat to the school and community, officials said. While explosive materials were located during the investigation, they weren’t combined in any form that created an explosive device.

A man who answered the phone at Cevario’s home and her attorney, Alan Winik, declined to comment.