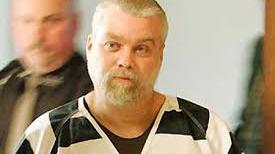 On Monday, part one of a two part interview with convicted murderer Steven Avery's fiance aired on the Dr. Phil Show on CBS 58 Milwaukee.

Lynn Hartman told the talk show host that watching the documentary "Making A Murderer" on Netflix changed her life.

She said she was the first to write a letter to the man who was wrongly convicted of rape, released from prison, only to be arrested again and convicted in the sexual assault and murder of Teresa Halbach.

After the documentary aired, a judge overturned the conviction of co-defendant and Avery nephew Brendan Dassey.

Well known Milwaukee based attorney Alex Flynn said, while most defense attorneys would advise against such interviews, he thinks the credibility of the ex-fiance may actually help humanize Avery and in an indirect way, perhaps, influence where his case goes from here.

Flynn noted that investigators are probably growing through all correspondence and phone calls.

"It is very dangerous in terms of undermining the efforts on appeal. If he says something different, that little misstep could be devastating."

So far, what has been shown on Dr. Phil seems to have no bearing on the criminal case and Avery's contention that there is evidence that would call his conviction into question.

Part two of the interview air Tuesday on the CBS 58 Milwaukee at 3 p.m.

It's immediately followed by the CBS 58 News at 4.