Controversy Takes Place on Day One of DNC 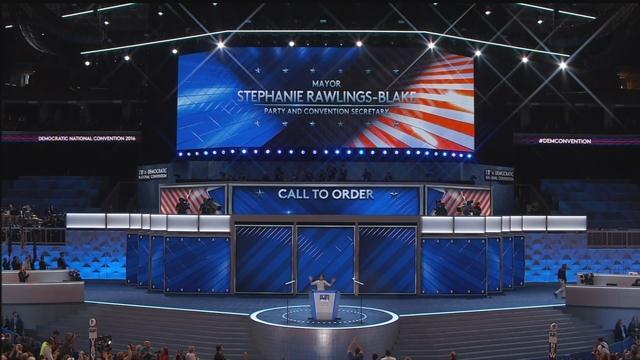 The Democratic National Convention underway after a start plagued by scandal.

The mayor of  Baltimore was picked to kick off the convention in place of the embattled DNC chair.

She forgot to gavel in the proceedings and had to go back out on stage to lower the boom.

This is just the latest step in an eventful start to the week for the democrats.

Outgoing chairwoman Debbie Wasserman Schultz.was booed by a large part of her own delegation this morning over the leaked e-mail scandal.

CBS 58's David Ade is live in Philadelphia with more on day one of the DNC.

Sanders' speech tonight could be key to Democratic Party unity.

A few weeks ago, Sanders united behind Clinton giving her his endorsement.

However, a chunk of Bernie Sanders delegates are still on the fence about supporting Clinton.

Sanders met with a group of his supporters this afternoon and Milwaukee State Representative Jonathan Brostoff was in that meeting.

"He wants to make sure that we win the presidency… the democrats…  win it in November… and that we continue winning across the country at the state and local levels. Very unifying… not divisive at all," Brostoff said.

"The presidency is for us… it's not for her. So… it's incumbent on us to marshal the energy… the resources… the people to vote for our agenda as represented by our nominee,” said Gwen Moore.