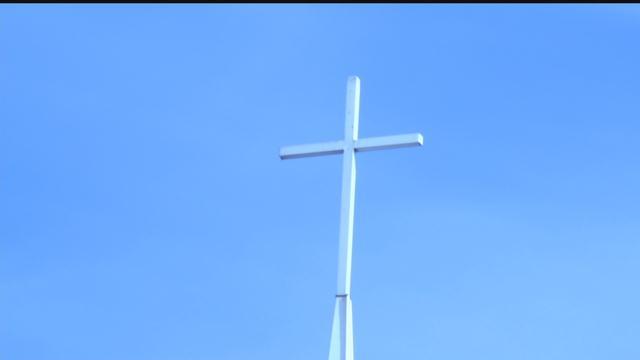 A controversial essay written by a former member of the St. Vincent de Paul Society questions the focus of the respected Catholic charity.

The author, Robert Graf  questions why the central office re-located and he also claims the computer system hasn't been update.

The essay reads in part:

The former director designed a computer system to match a person in need, who calls the central office for help, with
a parish SVDP conference based on the geographic location of the caller and the geographic boundaries of the Catholic Church with an SVDP conference. The system remains in place despite being outdated for the following reasons: there is newer and better GPS technology.

There has been a significant reduction of Catholic Churches with SVDP conferences 1 in the two poorest areas of the city, North Central and South Central Milwaukee; and Catholic Church membership is no longer confined to geographic locations of churches. The result is that calls for assistance to central office are being met with this response: “We do not have a Catholic Church with a SVDP conference in your area.” Also, since the SVDP conferences in areas of poverty are few and financially limited, the call is also met at times with the “conference is not serving people at this time.” In conferences all over the world and many areas of the US Vincentians “cross the tracks” to make home visits to people in need.

At the request of CBS 58 News, Deborah A. Duskey, Executive Director of the St. Vincent de Paul Society issued the following statement:

The St. Vincent de Paul Society of Milwaukee has been in existence since 1849 and since that time has been a financially stable and reputable organization serving the needs of Milwaukee County’s residents. The Society is governed by Articles of Incorporation and By Laws which were approved by members of the corporation and filed with the State of Wisconsin.   All financial decisions are made and approved in accordance with the governing documents. The Society has an independent audit prepared annually by a well-known, respected audit firm, Ritz Holman LLP.  The fact is that in 2015, the Society provided over $1.8 million of goods and services (including new beds, food, clothing, appliances and furniture) to individuals and families in need in Milwaukee County through our network of over 800 volunteers.  Additionally, the Society served over 134,000 free meals at our two meal sites.  These numbers show the positive impact the Society has made in Milwaukee County. It is unfortunate that a former member, who was removed from the Society by the National Council of the United States Society of St. Vincent de Paul, continues to issue misinformation.

CBS 58 takes no position on the matter and extends an invitation for the St. Vincent De Paul Society to be a guest on the CBS 58 News at 4 p.m.

Still, given Milwaukee's ranking among the poorest cities in the nation, it is a conversation that has merit and we invite viewer feedback. 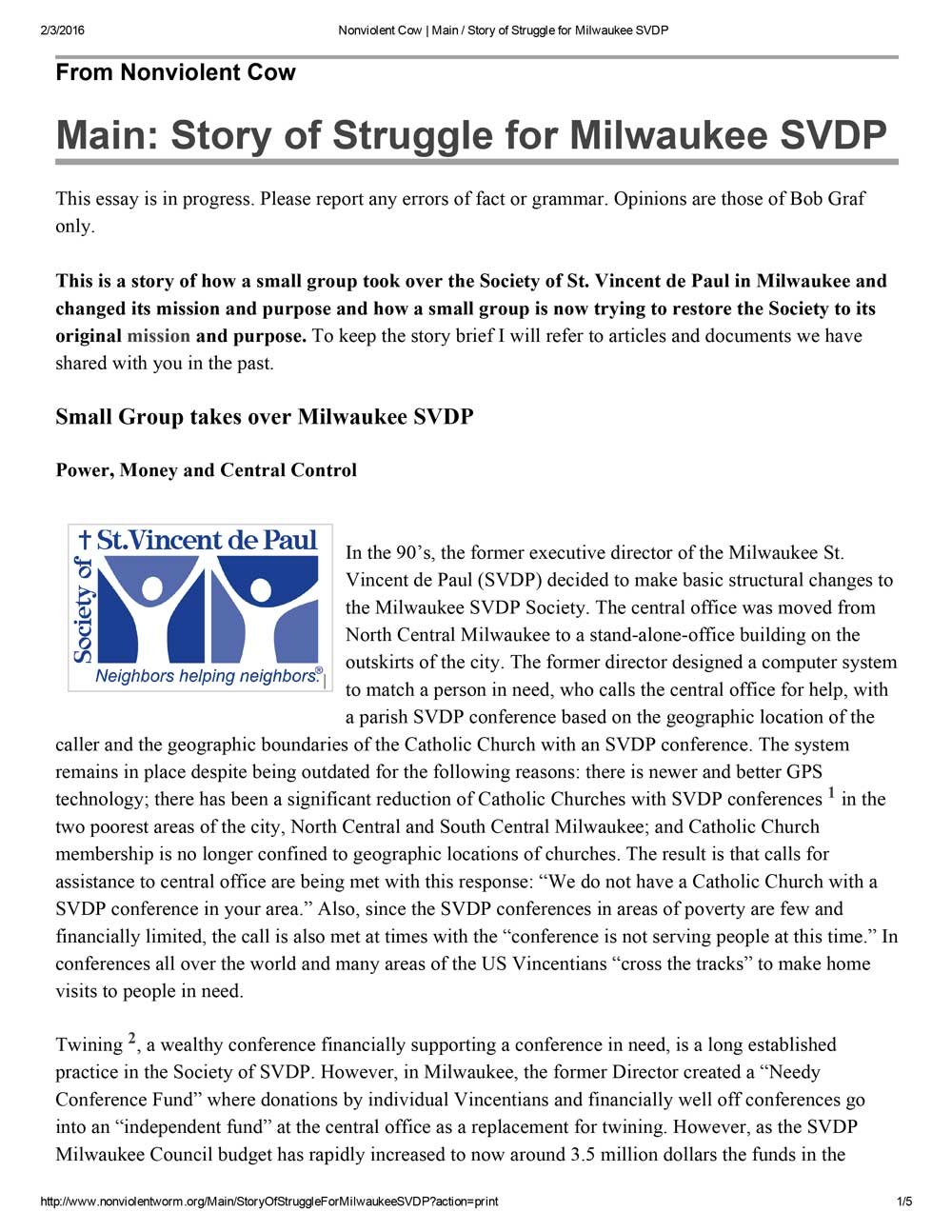 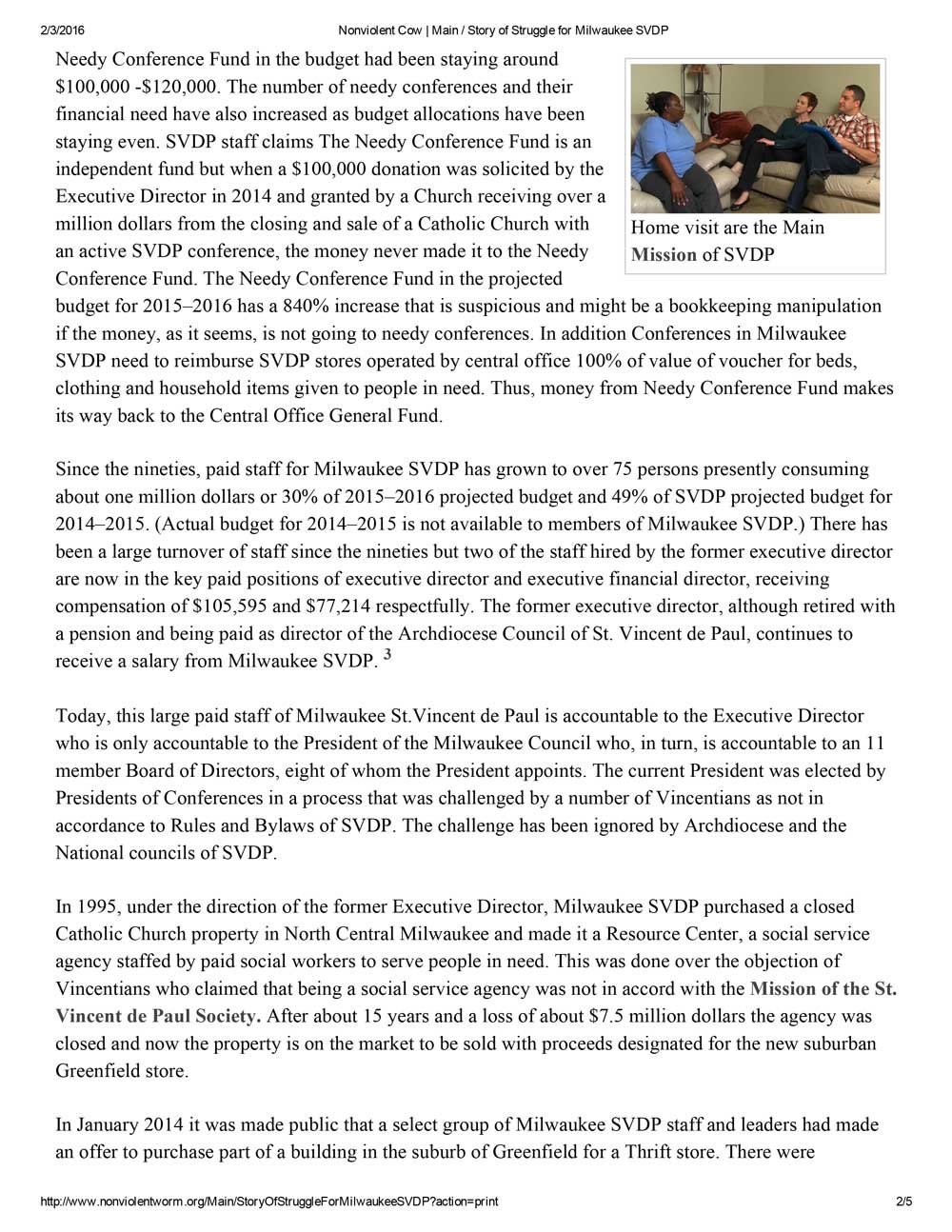 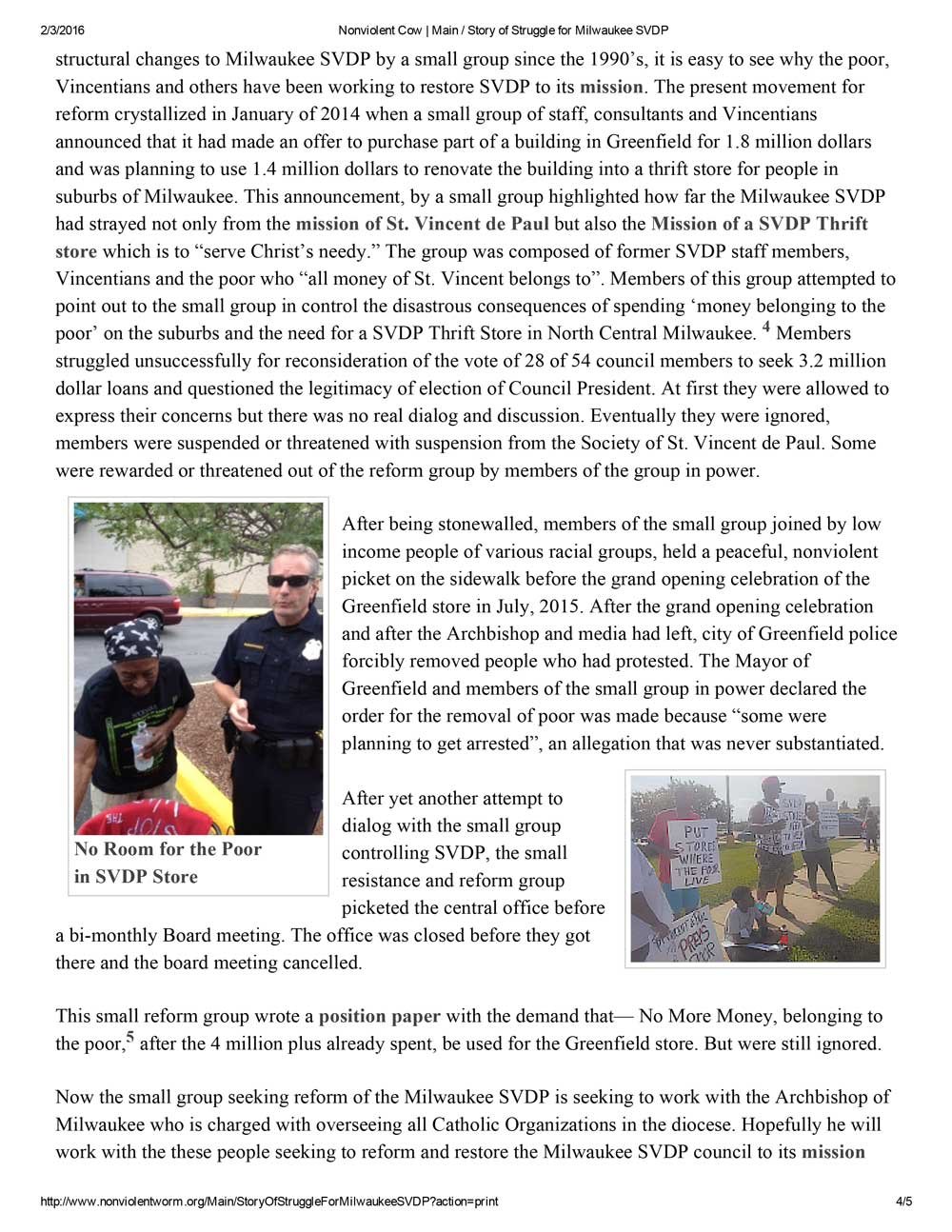 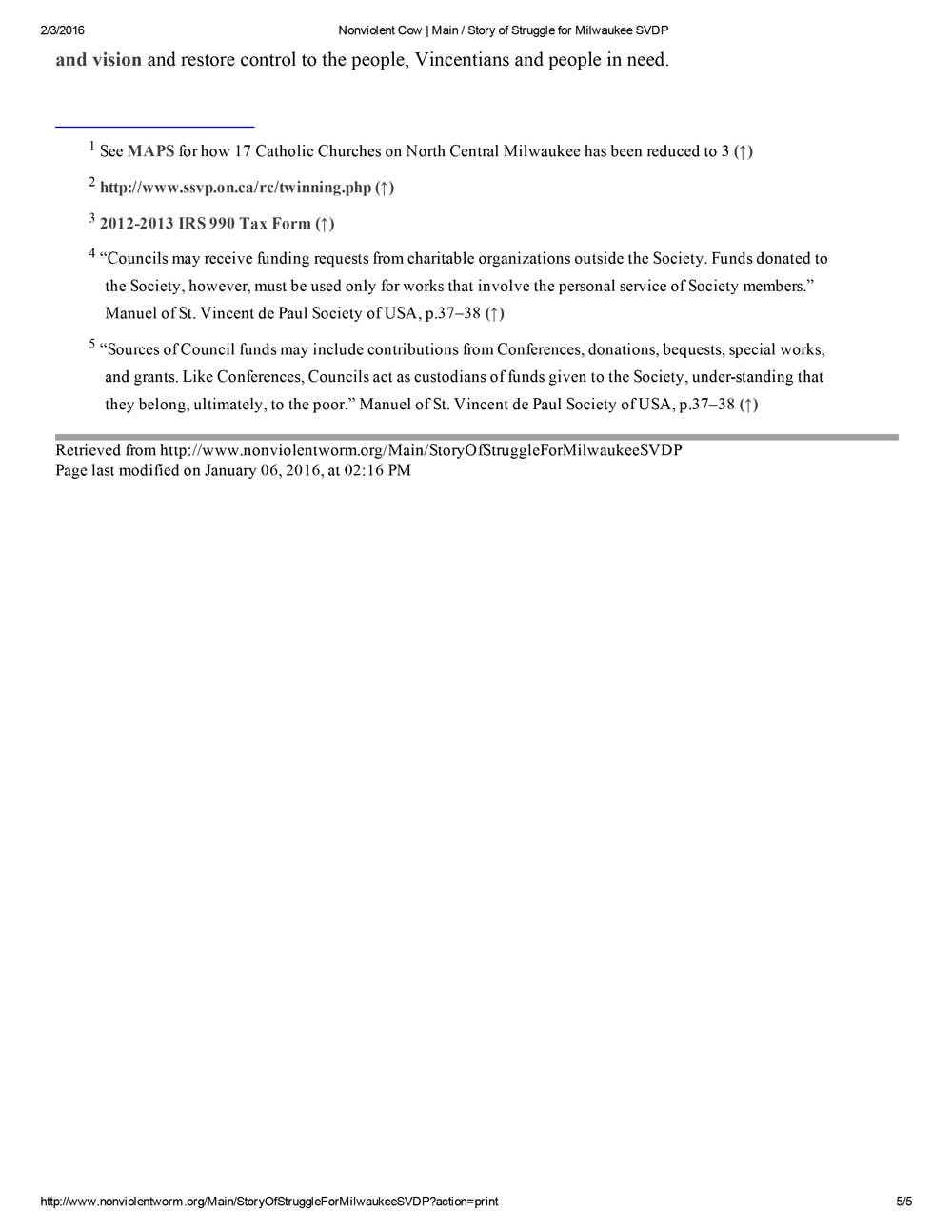