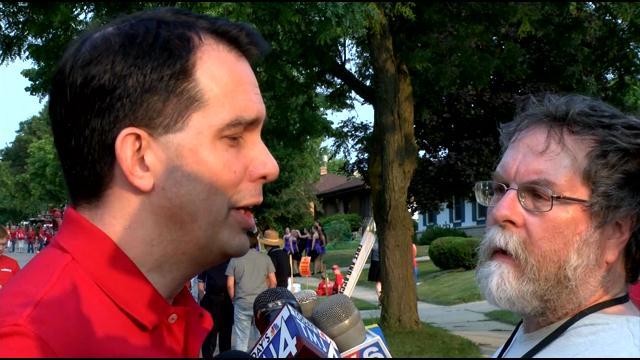 It took all of two days for Governor Scott Walker to issue a statement and ax a contentious measure aimed at adding numerous new protections for state representatives and their staff and would limit access to public information.

The measure was introduced late Thursday night by the Joint Finance Committee.

At Independence Day celebrations and parades on Saturday, state representatives said they were met with demands to preserve people's right to open records.

\"After I said 'Happy Fourth' they said 'keep the records open.' People are really paying attention.\" This has become a great uniting issue for people on both sides of the isle, both sides of the spectrum. They understand when government is closed there is no way it can truly work for the people,\" Democratic state rep. Mandela Barnes said.

The measure would have kept draft bills and other official documents secret and given lawmakers the ability to keep communication private. Some called it an irreversible damage' to the democratic process.

After substantive discussion over the last day, we have agreed that the provisions relating to any changes in the state's open records law will be removed from the budget in its entirety.  We are steadfastly committed to open and accountable government.  The intended policy goal of these changes was to provide a reasonable solution to protect constituents' privacy and to encourage a deliberative process between elected officials and their staff in developing policy.  It was never intended to inhibit transparent government in any way. In order to allow for further debate on this issue outside of budget process, the Legislature will form a Legislative Council committee to more appropriately study it and allow for public discussion and input.

Barnes says he is surprised the measure even was introduced and passed in committee.