Connecticut Woman Hit, Killed on Interstate while Checking on Child 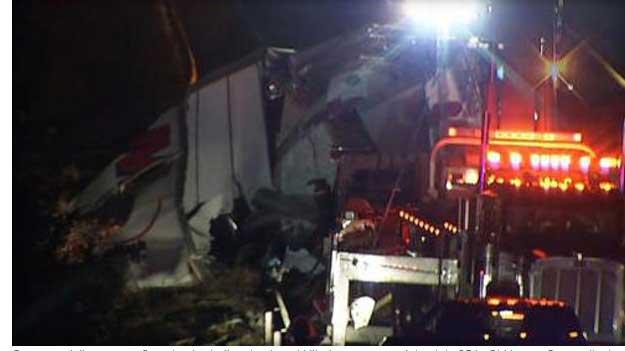 OLD LYME, Conn. (CBS NEWS) -- State police say a Connecticut woman had gotten out of her vehicle to check on a 1-year-old child in the back seat on Interstate 95 when she was hit and killed by a tractor-trailer.

Police say 31-year-old Ashley Ferguson of Middletown was standing near the rear driver-side door around 11:30 a.m. Thursday when she was struck in Old Lyme. She was pronounced dead at the scene.

The child and another passenger weren’t hurt. Police say the child was taken to a clinic as a precaution.

The state Department of Transportation said the southbound lanes were shut down after the accident. One lane of the highway was reopened at about 8 p.m. Thursday.

CBS Hartford affiliate WFSB-TV reports the highway had fully reopened as of 10 p.m.