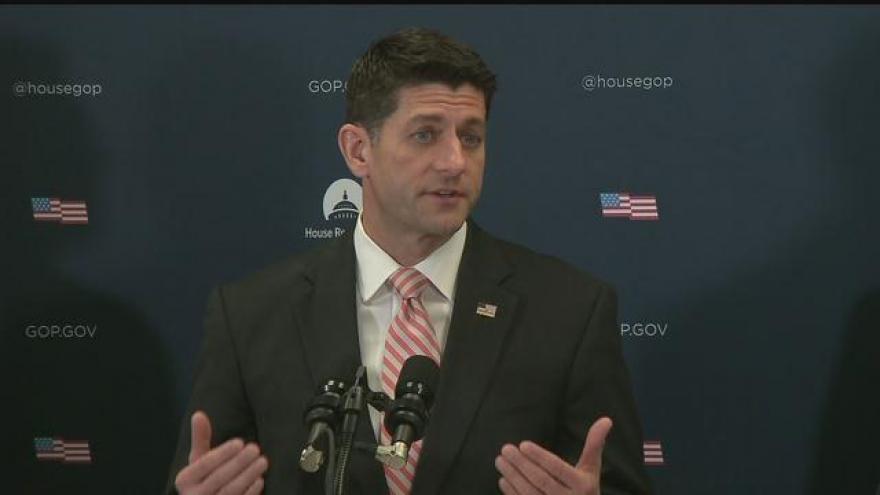 House Speaker Paul Ryan called the roll out of President Trump's Travel Executive Order "regrettable" and said there was flat out confusion.

"I think it's regrettable that there was confusion on the roll out of this," The House Speaker said Tuesday. "No one wanted to see people with Green Cards or special immigrant Visas, like translators, get caught up in all of this. And so I think, regrettably, the roll out was confusing but on a go-forward basis I think that secretary Kelly is going to make sure that this is done correctly."

Congressman Ryan says he was briefed on the order as it was rolled out and that he has spoken at length with the head of Homeland Security.

He made assurances that the ultimate policy will address the concerns of bias that churned up protests.

President Donald Trump declared at the Pentagon Friday that he was enacting strict new measures to prevent domestic terror attacks.

He targeted travelers for extreme vetting from the following countries:

Critics say it amounts to a ban on Muslims.

Congressman Ryan said the President was well within his power to issue the order and when asked what Congress should do, he said stay focused on border security.

"We have security concerns given this age of terrorism. Given the fact that there are drugs coming across the border, given our opioid problems. There are a lots of reasons why border security is our number one priority."

Congressman Ryan says he supports the refugee re-settlement program and that while we are a generous nation, we have to maintain our national security.