Congressional baseball practice shooting suspect had list of names on him 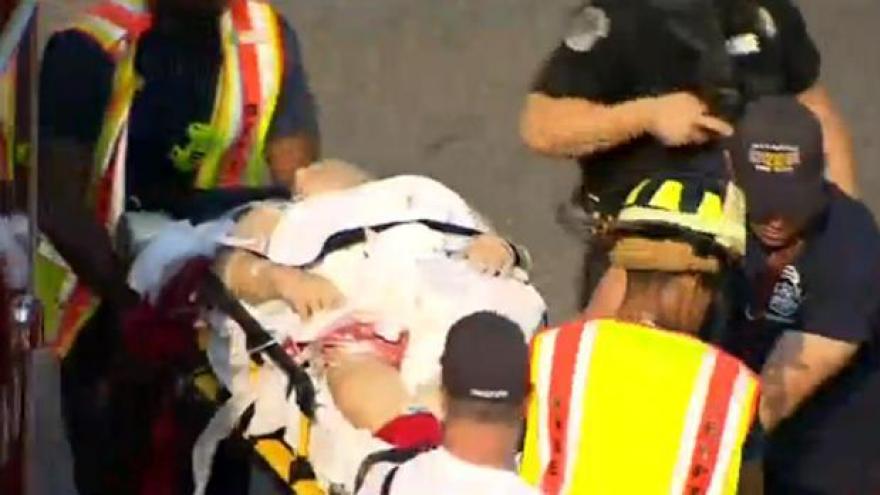 (CBSNews) The suspect in the shooting at the congressional baseball practice earlier this week had a list including the names of some members of Congress on him, CBS News has confirmed.

A U.S. official told CBS News that James Hodgkinson, the Alexandria shooter, had a list of names including GOP Reps. Mo Brooks of Alabama, Jeff Duncan of South Carolina, and Trent Franks of Arizona. Duncan and Brooks were at the Alexandria, Virginia, field where GOP members of Congress were practicing for a congressional baseball game Wednesday, although Duncan left before the shooting began. The Daily Caller first reported that Hodgkinson had a note listing members of Congress on his person.

One source told CBS News the note is not considered an "assassination list," but it is clear Hodgkinson had a group of people he was focused on recently. Sources tell CBS News there were many writings among Hodgkinson's possessions, either on his person, in bags he carried or had in his vehicle.

The gunman opened fire around 7 a.m. Wednesday morning, striking five people, including House Majority Whip Rep. Steve Scalise. Scalise remained in critical condition Thursday afternoon, and although doctors say his condition has improved some over the last 36 hours, he will require further surgeries, time in the hospital and rehabilitation.

Hodgkinson died of his wounds Wednesday.

Federal authorities are investigating Hodgkinson's motives, including examining social media posts that included anti-Trump and anti-Republican sentiments. The FBI believes Hodgkinson had moved from Illinois to Alexandria in recent months, and was living in his vehicle.

The Bureau of Alcohol, Tobacco, Firearms and Explosives (ATF) traced the two weapons recovered from the scene -- a 9 mm handgun and a 7.62 caliber rifle. At this time, there is no evidence the suspect obtained the weapons illegally.