Complaint: West Allis man fired shots on I-94 and Hawley, disposed of gun in Lake Michigan 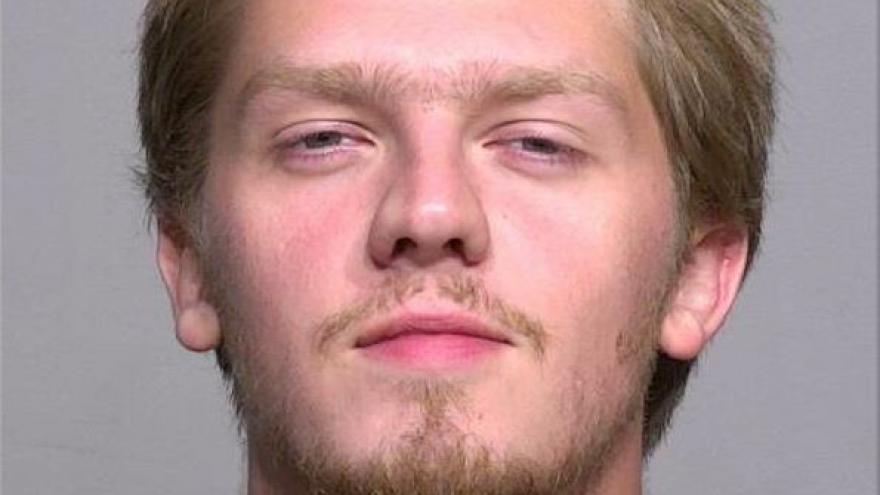 WEST ALLIS, Wis. (CBS 58) -- A West Allis man has been charged after firing shots at a vehicle near I-94 and Hawley last week.

Records show that Austin William Fountaine, 22, is charged with endangering safety and possession of a firearm.

According to a criminal complaint, officers responded to the ramp from westbound I-94 to N. Hawley Road for a shots fired complaint on August 6. Three witnesses in a tow truck told police that a Chevrolet had gone off the road at the ramp, and they pulled over to see if the driver needed any assistance. The witnesses said that a man, later identified as Fountaine, got out of the car, ran across the ramp, and disappeared behind a group of bushes before firing three gunshots.

Officers also spoke with the driver of another vehicle, who said that he saw Fountaine standing outside of his car at the I-94 ramp. The driver told police that he rolled down his passenger window and asked Fountaine if he needed help or a ride. That's when Fountaine reportedly fired a handgun at the driver and his vehicle. The driver told officers that he felt his car get hit by the gunfire. He said that he did not know Fountaine, and was just trying to help. Officers found a bullet hole in the driver's passenger side and a hole in one of the car's tires.

According to the complaint, police took Fountaine into custody at his apartment the same evening, after checking his car's registration. Fountaine reportedly told officers that he had seen cars following him on the freeway, and believed that he saw handguns coming out of the vehicles. He said that after he crashed, the car he shot at had attempted to hit him on the ramp, and he believed that the passengers of the car were "mugging" him, leading him to fire shots.

Fountaine told police that after the shooting, he went home, showered, relaxed and called a friend to help him dispose of the firearm. The friend reportedly drove him to Lake Michigan, and they tossed the gun into the lake.

Police say in a jail call made by Fountaine to a relative, he stated that the people in the car were "lucky they walked away with their lives," because he was trying to kill them.

Records show that Fountaine was not supposed to have a gun due to a pending domestic abuse case.

He is currently being held on $25,000 bond, and is due for a preliminary hearing on August 16.