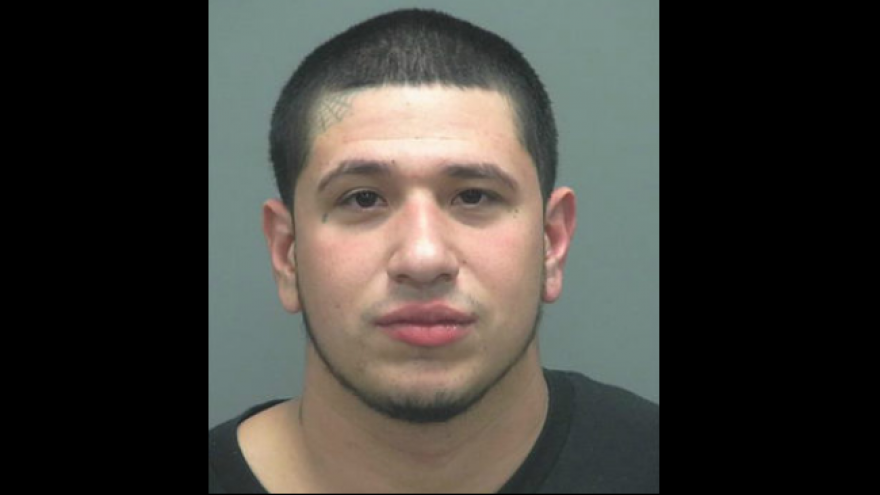 JANESVILLE, Wis. -- (WISC)  When an inmate asked the man suspected of fatally stabbing a woman 33 times what he was in for, he told the inmate it was for killing someone, a criminal complaint reveals.

Julian D. Collazon, 21, is the prime suspect in the stabbing and is being charged with first-degree intentional homicide, according to the criminal complaint.

The inmate said Collazon told him that he killed a woman because he wanted to prove to another woman -- Nicole R. Kazar, 23 -- that he could protect her, the complaint said.

Kazar was in the car with Collazon 2 1/2 hours after the homicide was reported. She told police that Collazon told her that he had killed someone and she asked him to stop telling her about it, according to the complaint.

The inmate said Callazon told him that he stabbed the woman while she was on the toilet. He said the victim got off the toilet and went toward the bedroom where she had a gun near the side table, but did not make it to the gun, the complaint said.

The inmate said Callazon continued to tell him that he had taken $3,000 in cash from the house and later threw the knife in the dumpster. Police said a knife was missing from Scaccia-Lubeck's kitchen, according to the complaint.

Callazon also told the inmate that he had taken keys to the house and that they could be found in a backpack and that he was wearing pants that would have blood on them, the complaint said.

The inmate told police that Callazon said after the crime was done he picked up Kazar and started driving to her parents out of state, according to the complaint.

Blood stains were found on both of Callazon's shoes, and his pants were also located with blood on them, the complaint said.

Police believe that Scaccia-Lubeck let Callazon into the home voluntarily. She had told her mother that she "had a friend over," the complaint said.

According to Missouri court records, Collazo and Kazar are being held in the state on a $50,000 cash bond and is facing charges of first-degree tampering with a motor vehicle.