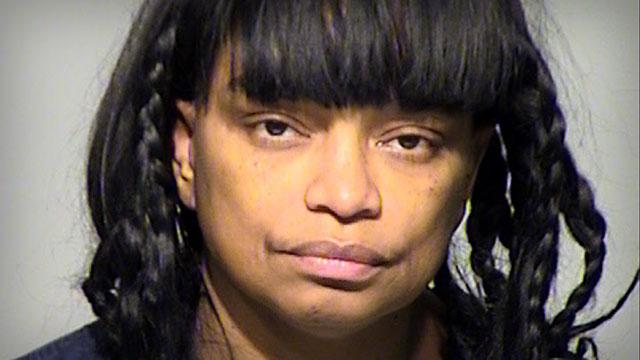 A Milwaukee woman has been charged with the choking death of her own sister after pleading with officers to respond to her home for more than an hour.

According to a criminal complaint, Marcia Render, 51, and her sister Sheri Head, 52, had been drinking at Just One More, a bar located near 37th and Lincoln in Milwaukee on the evening of December 8th. The sisters were out to watch the Packers play the Falcons. Render told investigators she was speaking with a man at the bar and later noticed her sister speaking with the same man. Render says she confronted Head about the situation because her sister \"already had a boyfriend.\" Render says both she and her sister had been drinking at the bar.

Render told investigators she became angry and left the bar alone. Render says she decided to gather her sister's belongings and gather them in the living room of the home they shared near 37th & Walnut Street. She was hoping to force Head to move out. When Head returned home later, Render says she was intoxicated and began to scream.

Render called 911 multiple times over the course of the confrontation. Each time she asked for officers to respond, \"before [Render] hurt [her] sister.\" According to the criminal complaint, Head could be heard in the background of each call screaming for Render to leave the home. Only during the final call to 911, more than 50 minutes after the original call, did dispatchers not hear Head screaming in the background.

Police arrived at the home more than an hour after the first 911 call to find Marcia Render on the front porch. Head was located inside the home lying unconscious, but breathing. Life saving efforts were initiated but failed. Head was pronounced dead at Froedtert Hospital at 1:20 a.m.

The criminal complaint lays out the timing of the night in great detail. The document places the first call to 911 at 11:22 p.m., but also reports the first police officer didn't respond to the home until 12:39 a.m. A total of 8 calls to 911 are documented in the complaint. During each call, Render pleads for officers to respond and each time a dispatcher tells Render that the call would be \"updated.\"

Render is now charged with two felonies. She faces a charge of second degree reckless homicide and a charge of strangulation and suffocation. Both counts are categorized as domestic abuse. She now faces more than 30 years in prison if convicted.

\"If that situation is true, and it took police eight times to respond, it's unacceptable, and I expect individuals to be held accountable.\"

CBS 58 caught up with Alderman Russell Stamper at a community event Tuesday evening. The Alderman says police response times are the number one complaint he gets from residents who live in his district.

\"A lot of times are ten, twenty, thirty, not showing up”, said Alderman Russell Stamper. “It varies. But it is a number of reasons or times they are saying. Sometimes they don't show up, so it's a problem and I understand the district is a challenge, but this is something that has to be handled.\"