Complaint: Beloit mother charged with child neglect had been reported to CPS 40 times before 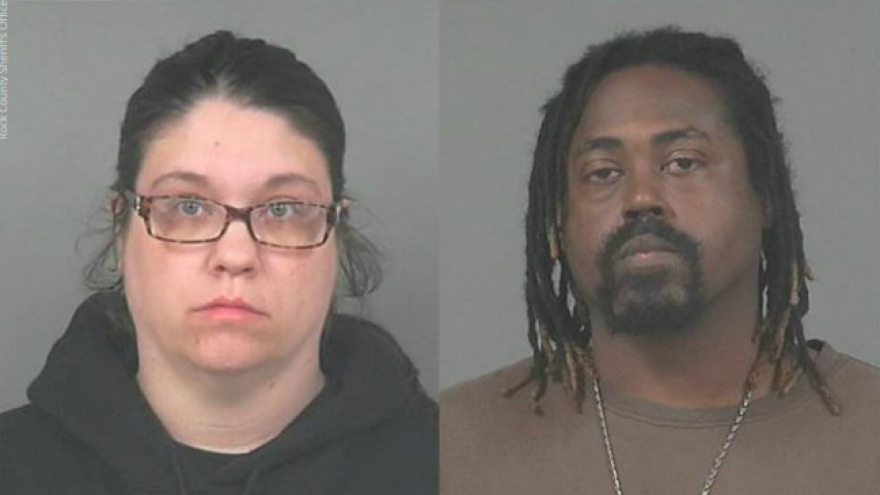 BELOIT, Wis. - A Beloit couple is facing charges for neglecting eight children after officials found the children underfed with various scratches and bruises, living inside a home full of rat droppings, flies and garbage.

The Beloit Police Department said 40-year-old Heather McCoy and 39-year-old Lakeidric McCoy were arrested on one charge of child neglect resulting in bodily harm and five counts of child neglect.

According to the criminal complaint, Heather McCoy’s daughter reported to the Beloit Police Department that she stayed at her mom’s house for one night in March and the house was filthy.

“She stated that in the kitchen area there were garbage bags full of clothes and trash all over the kitchen table; rat feces on the floor and on the refrigerator,” the criminal complaint stated. “She stated that there was trash in bags outside the back door and clothes in the garage and that when she offered to help her mother clean the house, her mother told her to leave it alone.”

The daughter reported to police that six children under the age of five were living in the home, along with two older children and four dogs. Two of those children, ages 3 and 4, were not related to Heather McCoy. They were staying with her while their mother was in a drug treatment facility in Racine, according to the complaint.

On March 14, Beloit police officers and Child Protective Service workers went to the home in the 1200 block of Randall Street, according to the complaint.

“Officer Hoefs reports that upon entering the residence he smelled a strong odor of mold, garbage, dirty diapers and pet odor in the house,” the complaint stated. “The floors and carpet of the residence were dirty and cluttered with items ... There were no toothbrushes for children or adults anywhere in the house, the floors in the bathroom were dirty, the shower appeared to have dirt in it and there were rodent feces on the kitchen table.”

The eight children were taken into protective custody. The two children who were staying with the McCoys were taken to their grandmother’s house. The other six children were put into foster homes, the criminal complaint stated.

The grandmother of the two children who had been staying with the McCoys said she “honestly did not recognize” one of the children “because he was so thin.” She also said she found bite marks and multiple scars on the children, which they stated were from the older children biting them and hitting them with a belt.

While inspecting the home, a CPS worker determined seven children shared one bedroom, sleeping in two queen-sized beds that had been pushed next to each other. The eighth child, a 1-year-old, did not share that room, according to the complaint. The CPS worker said the mattresses had new bedding but underneath, they were “extremely stained and had black spots on them.” The worker also found a large pile of dirty clothes in the bedroom with flies swarming around it.

“In the kitchen was a large puddle or urine and numerous spots that appeared to be dirt or dried feces as well as rodent feces on the floor and on the kitchen table,” the criminal complaint stated. “One refrigerator in the kitchen, which was not working, was full of old food and containers.”

According to the complaint, the 1-year-old was lying on his stomach in a pack-and-play and when Lakeidric McCoy picked the infant up, “fruit flies began swarming around him which had been under the spot where he had been laying.”

The two older children told CPS workers that the family had been cleaning the house for the past few days and said it looked much better than it had before, according to the complaint.

While in foster care, many of the children stated they were very hungry, the criminal complaint said. The grandmother said she found one child in the refrigerator trying to hide food in his pajamas because he wanted to make sure he had food for the next morning, according to the complaint.

According to doctors, many of the children were underfed. One doctor said it had been more than two years since a 3-year-old child had had a checkup. At that time, the child’s weight was in the 40th percentile, but now it is in the first percentile, according to the criminal complaint.

Another doctor was concerned that a 2-year-old child had dry skin because of dehydration and another doctor told CPS a 4-year-old child was throwing up because he was not used to eating so much food. The doctor placed him on a liquid diet, according to the criminal complaint.

According to CPS records, Heather McCoy had been reported to CPS 40 times since 1998. Sixteen of those reports were screened in and three of them were substantiated, according to the criminal complaint. In 2010, six of her children were removed from her home.

Heather and Lakeidric McCoy appeared in court on Tuesday. A court official set their signature bond at $6,000 and ordered them not to contact any of the victims in the complaint or their biological children without CPS consent.