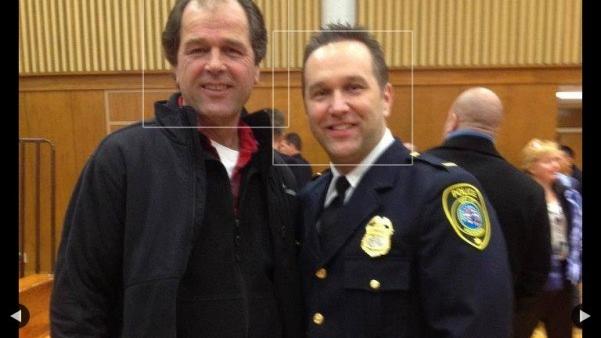 A community is coming together to support Milwaukee Police Lieutenant Chris Blaszak who is battling a form of oral cancer.

The Whiskey Bar opened its doors for supporters, colleagues, family, friends, and those who just want to help.

Lt. Blaszak is an accomplished police detective and also a military veteran.

He was diagnosed with stage four cancer in his jaw less than a year ago.

His medical bills are about to $1,000 a week and insurance is not covering much of the expense.

\"Chris is not only a member of the Milwaukee Police Department he's also a military veteran who's served over seas in combat, so we need to do this to support our public servants,\" Deputy Inspector Stephen Basting told CBS 58 News.

The lieutenant has been with MPD for 22 years and served in the Air Force for 20 years before that.