Community Comes together to support Contractor Injured in Hit and Run 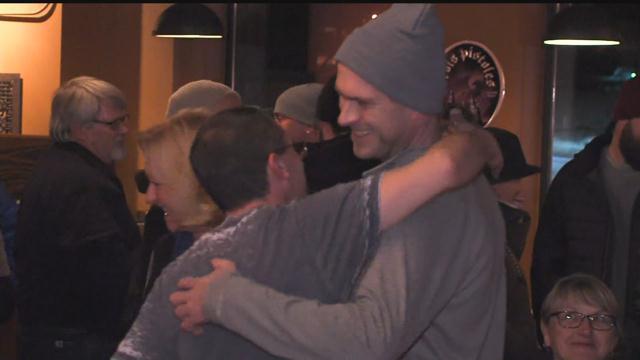 The Milwaukee contractor who was severely injured after being hit by a car that fled the scene attended a fundraiser in his honor Thursday night.

The Nissan Altima caught on surveillance camera hitting a Milwaukee contractor has been found.

Milwaukee Police had been looking for the car for nearly a week..

The victim Rob Binter told us he followed the car he believed carried the people who had robbed him.. And when he tried to confront them the car ran him over.

Police said there have not been any arrests or charges yet.

Binter spent nearly a week in the hospital.

He had multiple skull fractures and bleeding on the brain but he ventured out tonight on his road to a full recovery with family, friends and strangers who showed up to help with his hospital bills.

All the proceeds from two of the beer sold at Cafe Hollander in Wauwatosa tonight went to help Binter.

His sister tells us, he has insurance but there are still additional expenses that won't be covered.

The money will also go to fix his work van that was damaged during the robbery as well as replace the tools that were stolen.