Community Comes Together to Rescue Dog from Drain Pipe 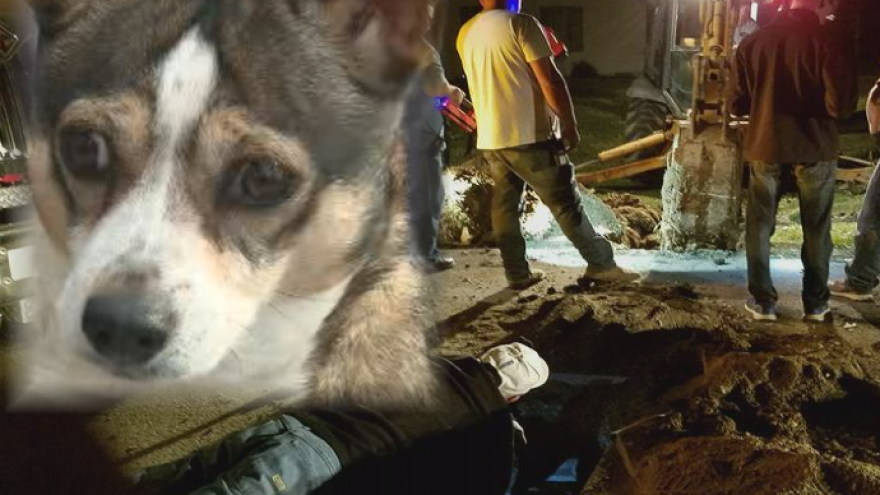 Members of the Sharpsburg Volunteer Fire Dept. teamed with people who brought their own equipment to dig the dog out.

The dog, Daisy, belongs to Johnny Baber and his wife.

"It kind of chokes me, up really," said Baber, referring to support from the community. "This is why I like living in small town America."

Daisy was not injured.

She ran into the pipe while chasing neighborhood kids riding their bikes, Baber said.

"We called for her, went to the pipe, tried to get her out... not moving," Baber said. "So that's when we kind of went into panic mode."

Baber and his wife called people to come help get Daisy out.

"We used vinyl siding, we used extensions for tree trimmers. We did everything to try and un-wedge the dog," Sharpsburg fire chief Bobby Treadway said.

They worked for three to four hours and had to cut away part of the road, but finally, Daisy was freed.

Baber said after Daisy was rescued, she did something amazing. She's normally a shy dog, but she went up to almost every person gathered to help her as if to thank them.

"That was as friendly as she's been in a long time," Baber said. "I believe she's very appreciative of what everybody done. Everybody came together in our time of need and helped. And that's what it's all about."