"Come and get me:" Man arrested on weapons charges, fleeing from police, and 4th OWI after standoff 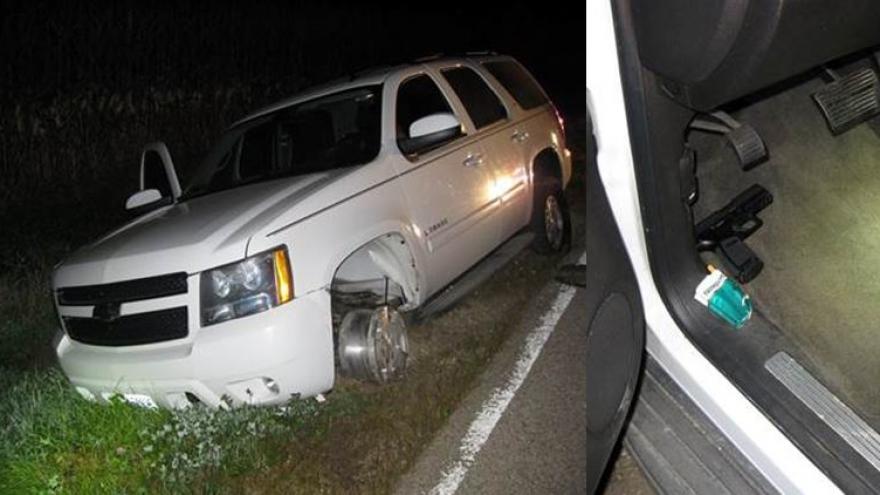 WASHINGTON COUNTY, Wis. (CBS 58) -- A convicted felon is arrested on a laundry list of charges after investigators say he had a standoff with police and fled from officers twice.

The Washington County Sheriff's Office says around 2:00 a.m. Sunday they received two 911 calls reporting a white SUV that was all over the road on County TK NN near Church Drive in the town of Jackson. West Bend Police later spotted the car and tried to pull it over.

Officers say they followed the car for five miles at a low speed before the SUV became stuck in a ditch. The driver, a 51-year-old Milwaukee man, refused to get out of the car and had a standoff with police, telling deputies to "come and get me." The man said he did not have a weapon with him.

Around 3:30 a.m. the Washington County SWAT team was called to the scene and a little over an hour later, the suspect was taken into custody using an armored rescue vehicle.

Police say when they searched the SUV, they found a gun on the front floorboard and spent casings throughout the vehicle.

After learning the suspect's wife had a temporary restraining order against him, Milwaukee Police were called to check on her. When police arrived, no one was home and empty shell casings were found in the driveway. Police say the wife was later found okay several hours later.

According to the Washington County Sheriff's Office, the man is being held on several weapons charges, felony eluding, and fourth offense OWI.