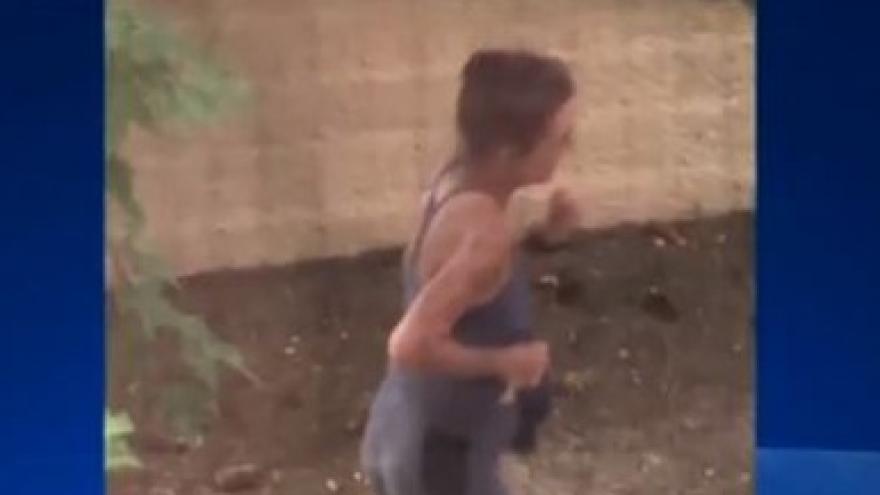 COLORADO SPRINGS, Colo. -- Police in Colorado are looking for a jogger they say is repeatedly interrupting her runs to defecate in public in one neighborhood.

Cathy Budde tells CBS affiliate KKTV her children first alerted her to the woman she's dubbed "The Mad Pooper," who caught the jogger in the act weeks ago.

Budde said the woman apologized after she questioned her.

But she says the jogger has left something behind on her runs at least once a week for the past seven weeks.

"Two other times we've caught her -- caught her yesterday -- she changed up her time a little bit because she knew I was watching," Budde said.

Police have asked Budde to take pictures of the woman so they can try to identify her. Budde has put up a sign asking the woman to stop. She says there are public restrooms in the area and is baffled as to the woman's possible motive.

"There's plenty of public restrooms less than a block away from where she's targeting," Budde said. "This is intentional."

The Colorado Springs Police Department is investigating. They say the suspect could face charges of indecent exposure and public defecation.

"It's abnormal, it's not something I've seen in my career," Sgt. Johnathan Sharketti told KKTV. "For someone to repeatedly do such a thing ... it's uncharted territory for me."