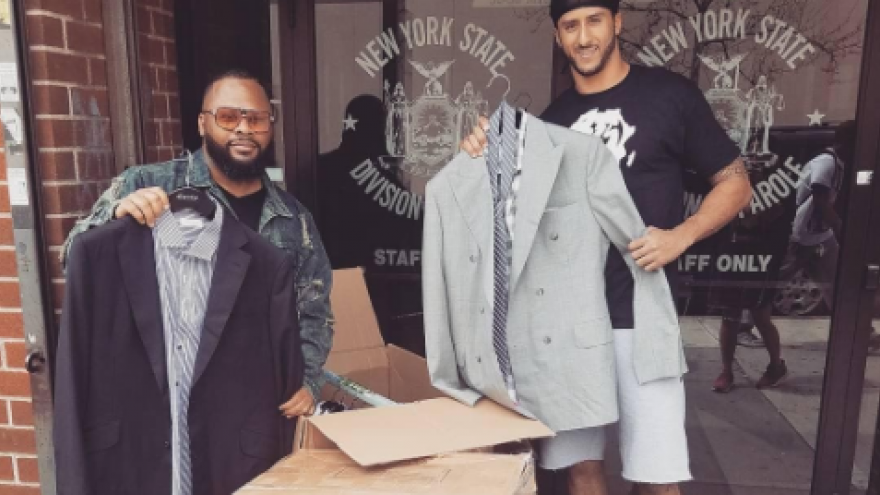 NEW YORK (AP) — Former 49ers quarterback Colin Kaepernick has yet to find another NFL job, but he’s donating some of his old suits in order to help others find work.

Kaepernick has been active in social justice efforts while trying to find his next stop in the NFL.

His decision to sit or kneel in protest during the national anthem ahead of 49ers games last season became a topic of national conversation.

© Copyright 2017 The Associated Press. All Rights Reserved. This material may not be published, broadcast, rewritten or redistributed