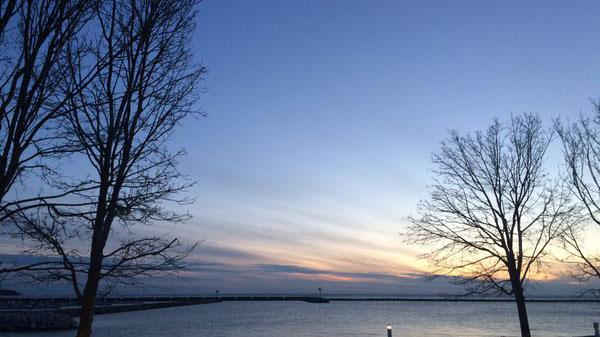 The Coast Guard suspended its search Thursday morning for a man who went missing Wednesday evening while kayaking in Lake Michigan near Port Washington, Wisconsin.

“The decision to suspend is based on a multitude of factors from the case," said Lt. Cmdr. Carolyn Moberley, of Coast Guard Sector Lake Michigan. "It was not an easy decision to make to suspend this case, and we would like to extend our deepest condolences to the family. We gave every effort to this search and maintained a continuous search Wednesday night and throughout the morning with multiple assets and crews.”

Coast Guard boat crews from Station Sheboygan, Wisconsin, and Station Milwaukee and aircrews from Air Station Traverse City, Michigan, searched throughout the night and morning for the missing kayaker.

The Ozaukee County Sheriff's Department notified watchstanders at Station Sheboygan, about 3:30 p.m., CST Wednesday of a male kayaker who came ashore south of the Port Washington Power Plant. The man reported he had been kayaking with his brother who was on another kayak and did not make it to shore.

The Coast Guard Sector Lake Michigan Command Center in Milwaukee directed the launch of a Station Sheboygan boat crew aboard a 45-foot response boat to begin searching. An aircrew from Air Station Traverse City, Michigan, was also launched to assist aboard a Dolphin helicopter.