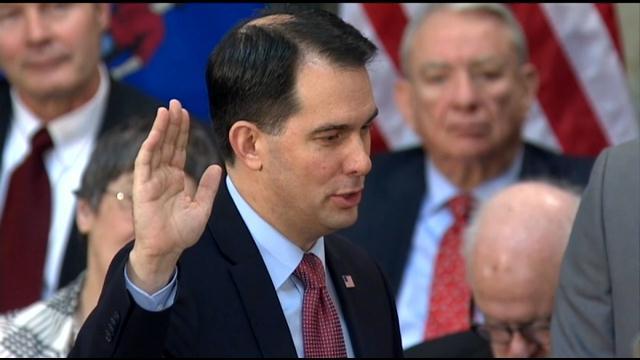 Some wonder if Gov. Scott Walker's (R-WI) decision to reject plans for a new tribal casino in Kenosha had any ties with his presidential ambitions.

\"If that's the case, I would've shut it down right off the bat,\" said Gov. Walker, \"it would've been done for political reasons, I would've done it a long time ago.\"

Gov. Walker is scheduled to attend a GOP event in Iowa this weekend.

\"I think it's fair to say, that knowing what he was going to decide, that he wanted to get it out of the way, before he made an appearance in Iowa,\" said Prof. Mordecai Lee, a former state lawmaker.

Prof. Lee believes the announcement's timing was strategic, but Walker's decision had more to do with legal uncertainties and economic risk.

\"Even though there's a pretty good political explanation for what he did, I think we should take what he says at face value,\" said Prof. Lee.

The decision comes one day before Walker leaves for Iowa, a key battleground state.

\"I think he may be one of the biggest challengers to Jeb Bush,\" said Coates, \"that's not only my thinking, but that's what some of the other Republicans are thinking the state in Iowa.\"

\"You can go back to what he said the night he was elected for a second term, you can go back to his state of the state address from two weeks ago, he is running for president,\" said Prof. Lee.

Gov. Walker is scheduled to speak in New Hampshire, another swing state, in March.