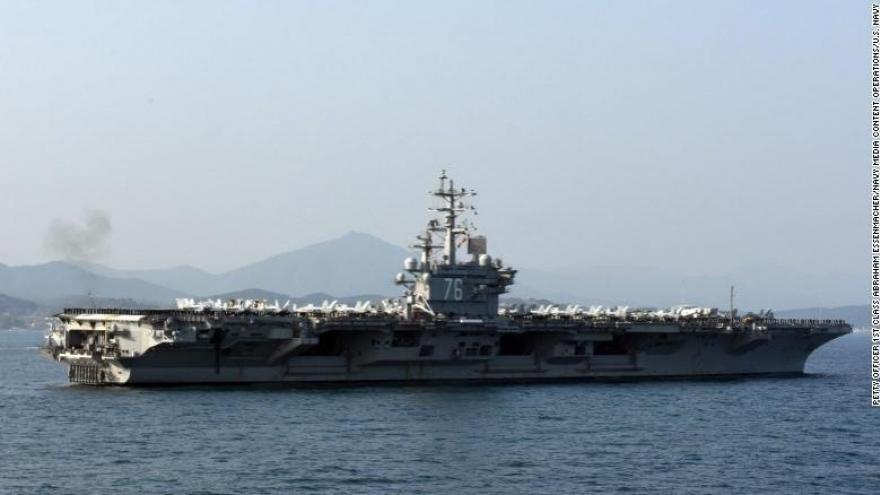 Washington (CNN)A U.S. aircraft carrier came within about 1,500 yards of an Iranian rocket while operating in the Strait of Hormuz, a Pentagon official told CNN.

While transiting the strait that sits at the mouth of the Persian Gulf, the USS Harry S. Truman had the encounter while the Iranian Revolutionary Guards were conducting a live-fire exercise in the area on Saturday, according to Cmdr. Kyle Raines, a U.S. Central Command spokesman.

The incident was first reported by NBC News.

The USS Harry S. Truman was accompanied by two other coalition ships, one American, and one from another country in the coalition, who were escorting the Truman through the Strait.

Raines said this incident was "uncharacteristic of most interactions" between the U.S. and Iranian navies.

The USS Harry S. Truman remained in what the Pentagon termed an "internationally recognized maritime traffic lane" when the Iranian navy announced over maritime radio channels that it was about to conduct such an exercise. Raines said at no time did the Truman stray into Iranian territorial waters.

A U.S. military officials added that while the Iranians did not appear to be targeting any specific ships with the exercise, their actions were "unnecessarily provocative and unsafe."

There was never any direct communication between the U.S. and Iranian navies during the incident, according to the official.

The USS Harry S. Truman recently arrived back in the region to support coalition-led airstrikes against ISIS.