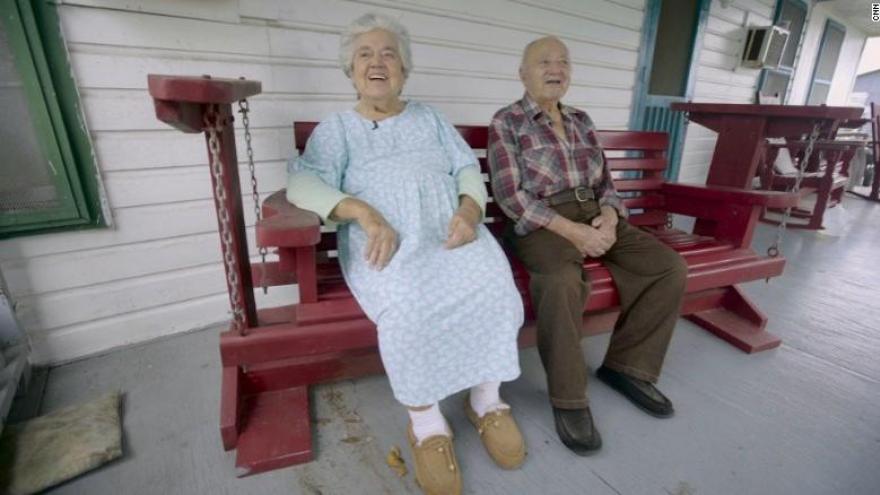 (CNN) Seventy years ago, on the day Wenceslaus and Denicia Billiot got married, their wedding party danced along a road that ran from one end of Isle de Jean Charles to the other.

Today, that road is nearly gone. Isle de Jean Charles, located 80 miles from New Orleans, has been sinking slowly. Since 1955, it has lost 98% of its land mass to rising sea levels, devastating hurricanes, and the construction of oil and gas canals along the marsh.

The latest research shows that, if the current rate of global warming continues, sea levels have the potential to rise more than three feet by the end of this century.

That would certainly mean the end of Isle de Jean Charles. Today, only half a square mile of land remains above water.

Recognizing the danger, the US Department of Housing and Urban Development awarded $48 million to the state of Louisiana in 2016 to relocate the community to higher ground, off the island -- making the residents of Isle de Jean Charles the country's first-ever climate refugees.

The island's residents have had mixed reactions to the grant. Most of them are members of the Biloxi-Chitimacha-Choctaw Native American tribes or United Houma Nation, which can trace their settlement on the island back to the Indian Removal Act of 1830. Many have lived on the island their whole lives.

In the 1950s, there were around 80 families living in Isle de Jean Charles. Now, there are only 30 left. The 30 families are still on the island, waiting out the long process of resettling the entire community. The deadline for spending the federal funds is set for September 2022, and the state is hoping to resettle the community by then.

The Billiots, the oldest living residents of the island, have lived there their whole lives. Wenceslaus Billiot remembers a time when the island stretched out for miles, as far as the eye can see.

"Now?" He says. "We look back and forth, nothing but water."

He and his wife are torn about the idea of relocation. They've had four generations of children and great-great grandchildren since their wedding day in 1947.

"We were born and raised over here. So that's why we're gonna stay over here as long as we can," Billiot says.

But there are dangers to living on an island cut off from the rest of the world. Last year, the 90-year-old Billiot fell and hit his head, and the nearest hospital was more than half an hour away.

Billiot has no intention of leaving this world early. He is 90 years old and plans to live until 105.

He may outlive the island.