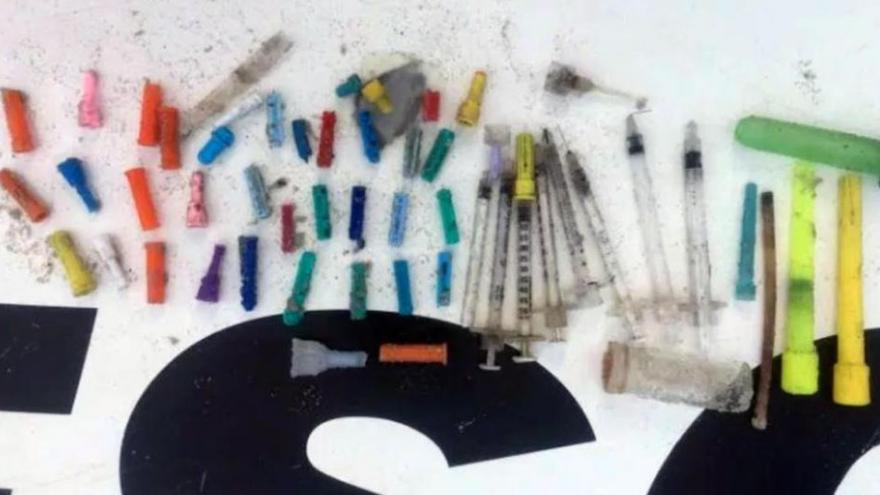 "The concern is always that a resident finds it by stepping on it, or gets injured by a needle or somehow comes into contact with potentially contaminated material," Hempstead Town Supervisor Laura Gillen said in a news conference Saturday. Gillen said there were no reported injuries.

Police removed and discarded the needles, and the beach will remain closed until Sunday. Officials were waiting to see if any additional waste appears after two high tides cycle through.

"I think it's outrageous," resident Michael Luciano told CBS New York. "We have the most beautiful beaches in the world and people are taking advantage of them, dumping. It's a tremendous problem."

It wasn't immediately clear where the used medical waste came from. Officials advised the public to call 911 if any beachgoers come in contact with hazardous materials.