Clean Up Begins After Winter Storm 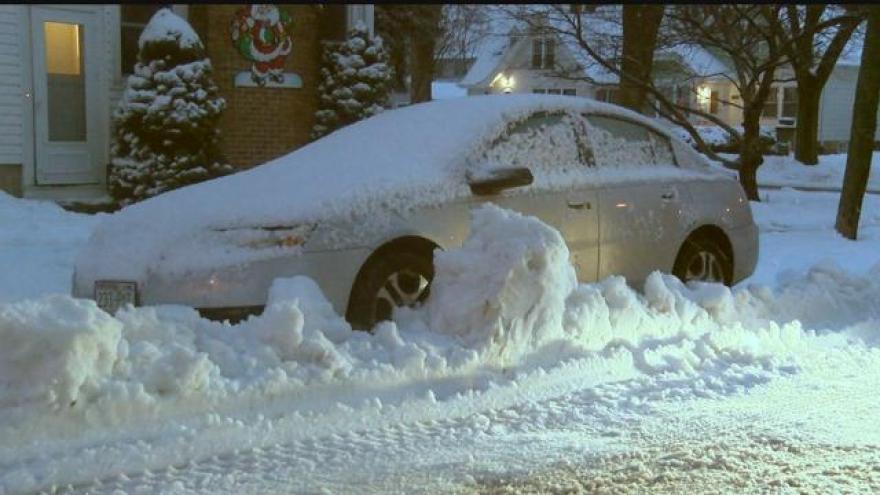 Since Monday night, snow plows have been working on clearing streets.

The Milwaukee Department of Public Works says they are making progress, and most of the main roads were done by 10 Tuesday morning. They are now focusing on side roads.

Tuesday morning, CBS 58 saw people using snow blows to dig out their vehicles. Others were seen shoveling driveways and sidewalks.

"We had 9 inches of snow. It's like plowing concrete," said Jeffrey Smith, Sanitation representative said during a press conference on Tuesday.

It could take the city a total of 18-24 hours to clear all the streets in Milwaukee.

Alderman James Bohl Released the following statement on the response by the Department of Public Works:

I’m incredibly disappointed in the poor results that the Department of Public Works has to show for itself in its response to yesterday’s winter storm. There’s only one word for this degree of failure: inexcusable.

As I drove through the 5th Aldermanic District on my way to work this morning, the extent of the disappointing results was obvious. On half of the residential side streets I passed, there was no evidence of a plow having made even one pass to clear a path for traffic. With nine inches of snow on the ground, make no mistake about it—many of those snow-filled streets had people who were stranded.

While I understand that this was a heavier snowfall than normal, and that the timing was less than ideal, our Department of Public Works administration needs to do a better job of ensuring that our hardworking plow drivers are properly staffed and properly supplemented with necessary contracted staffing to get the job done. The taxpaying citizens of Milwaukee deserve no less. My constituents are furious at the lack of results this morning, and so am I.

One would think that the DPW administration would have learned their lesson. It was just in January that I requested a communication file that called the administration before the Public Works Committee, where they could explain their poor performance during the first two winter storms of last season.

I will be requesting their appearance before the Public Works Committee yet again, after this latest storm. The taxpayers are owed an explanation for this poor service, and an accounting of steps that will be taken to ensure that this failure is not repeated.