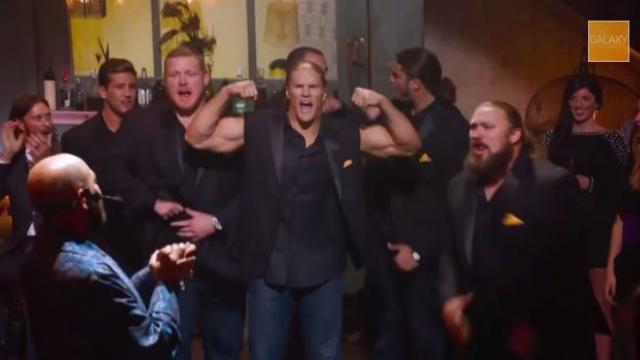 The film centers around the World Championships of Acapella, and it looks like Matthews and Co. will be one of the groups competing against the stars of the film.  In the trailer, Matthews, dressed in a sleeveless tuxedo, catches the eye of Rebel Wilson's character, \"Fat Amy.\"

The players seem to be fans of the original film, with David Bakhtiari tweeting about it several times over the past year.

Pitch Perfect 2 is due out May 15, 2015.  It stars Anna Kendrick, Skylar Astin, and Rebel Wilson, and is directed by Elizabeth Banks.

You can see the trailer here.