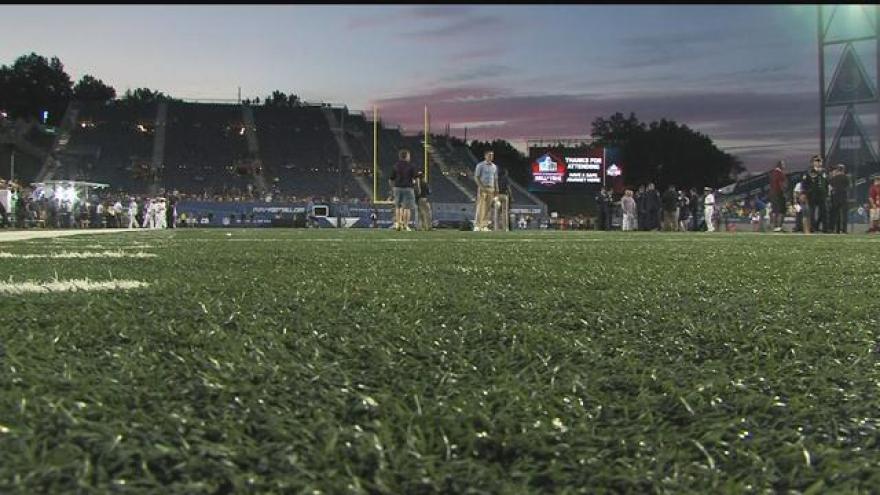 A class action lawsuit filed against the Pro Football Hall of Fame over the cancellation of the 2016 Hall of Fame Game has been transferred back to Ohio.

The ruling by the United States District Court Central District of California Western Division was made late Monday.

The Pro Football Hall of Fame issued the following statement:

“The Hall of Fame is pleased with the decision by Judge Terry Hatter, Jr. to return this case to Ohio. The ruling confirms that hearing the case in California lacked merit. The Pro Football Hall of Fame reiterates that we share the disappointment of fans due to the cancellation of the game. We take full responsibility for what occurred and remain committed to reimbursing those ticketholders adversely affected by the cancellation, as set forth in our previously announced special reimbursement plan. It is important to understand the decision to cancel the 2016 Hall of Fame Game was made solely to respect player safety.  The special reimbursement plan announced shortly after the game cancellation remains available to all qualified ticketholders to the 2016 Hall of Fame Game who have not yet taken advantage of the offer. Notwithstanding the language on the tickets, ticketholders will be fully refunded the face-value of their ticket. Additionally, the Hall of Fame will also refund all processing, shipping and handling fees, pre-paid parking purchased through the Hall of Fame, pre-sale reservation fees, and one night of hotel accommodations to eligible fans, subject to appropriate review, approval, and verification.”

Full information and details about how to take advantage of the reimbursement plan can be found online at http://www.profootballhof.com/GameRefund or by calling at 844-4HOFTIX (844 446 3849).