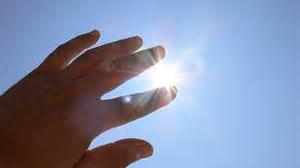 The city of Milwaukee is taking extra steps to make sure there are cool places to go during this heat spell. The city has a bunch of cooling centers available, as well as libraries, Mayor Tom Barrett announced Wednesday.

"We are extending the library hours for Thursday and Friday, we're keeping them open Downtown until 8 O'clock and all the neighborhood libraries til 8 O'clock, as well," Mayor Barrett said.

Kids enjoyed a huge sprinkler Wednesday at 13th and Columbia, one of five "cool spots" on Milwaukee's north side. It's where we found Kimberly Spencer, who has air conditioning at her home, but also has kids.

"They ain't gonna let me stay in when they know the water's over here, so we come over, get wet, then go back in the air," Spencer said.

At Purple Door Ice Cream at Second and Pittsburgh, the scoops and the pints of their unique flavors are selling like hot cakes. Customer Pat Algiers said she's not too concerned about the Excessive Heat Warning.

"It just means it's summer, and I love summer, so I'm fine with it," she said.

While officials in the city of Milwaukee want you to stay cool, they say you should not open fire hydrants. That will reduce water pressure at other hydrants and put firefighters in a real bind.