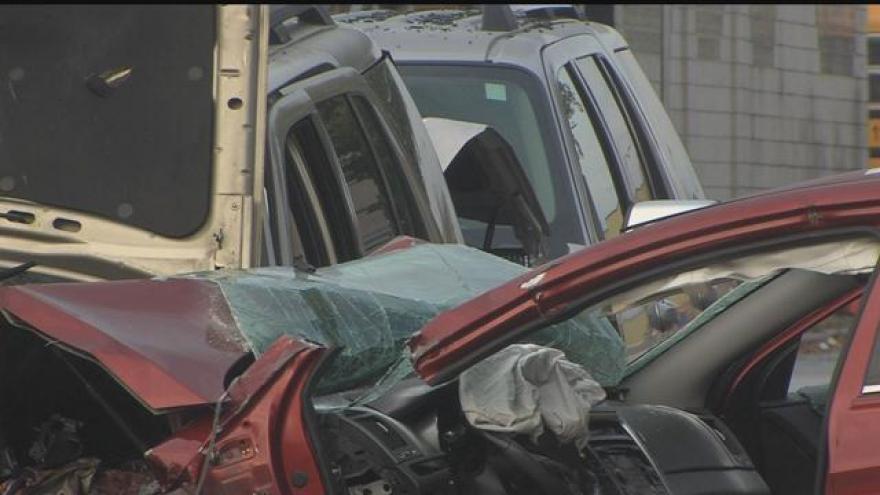 Members of Milwaukeeâ€™s Public Safety Committee met Thursday morning, to learn more about the rise in traffic fatalities in the city.

â€œI see zero will from Chief Flynn, as far as taking care of anything that is going on with our city streets. And quite frankly, Iâ€™m tired of it,â€ Alderman Borkowski said.

A police department spokesperson told the committee that the number of traffic fatalities over the past 3 years has drastically increased.

Milwaukee Police said in 2015 there were 64 traffic related deaths in Milwaukee. Numbers are still being calculated for 2016, but at this time there have been 57 deaths. The only way the number would change is if someone involved in a crash in December dies before January 31 of this year. It would then be calculated as a 2016 death.

Those numbers are much higher than 2003 when there were 22 traffic fatalities.

Police say speed, distracted drivers, and drivers under the influence are some of the reasons for the fatal crashes.

While the city has installed led traffics, and speed readers in areas, the public safety committee says thatâ€™s not enough.

They want to reinstate a â€˜Safety Commissionâ€™ to help reduce those numbers.

The committee would be taking a look at the causes of crashes, and then targeting education programs around it, as well as working with engineers on various locations where specific problems reoccur,â€ explained Alderman Witkowski

The Public Safety Committee will be designing what that commission should look like and want public input.

They hope to have it up and running within the next couple of months.