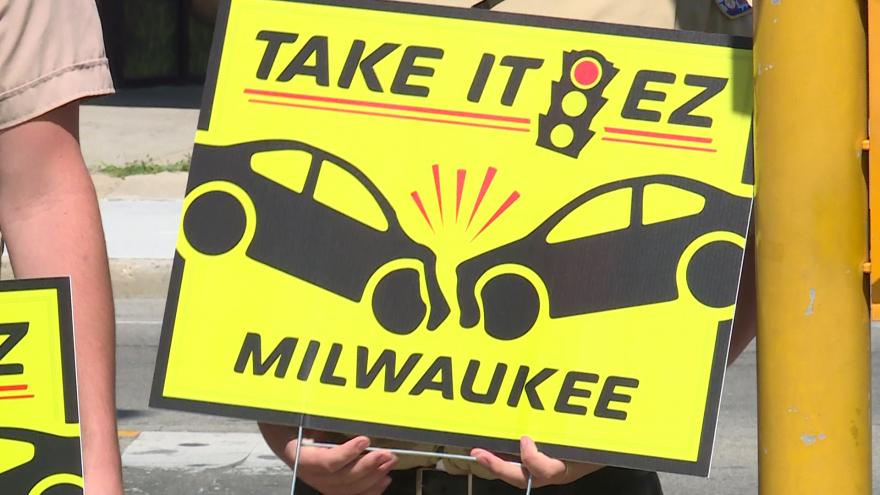 MILWAUKEE (CBS 58) -- Reckless driving continues to be an issue in Milwaukee, and on Monday local leaders announced a new strategy called Operation Take it E-Z.

"When you have this many alderpersons together on any issue, both north side and south side, east side and west, everyone in the community is concerned about this," said. Ald. Bob Donovan.

The operation targets four intersections because of their history of accidents -- Cesar Chavez and Greenfield, 35th and National, 27th and Center, and 60th and Capitol, the intersection where police officer Kou Her was killed in a crash this year.

Extra police patrols are planned at those intersections, and digital billboards will include warnings to drivers.

"There's no section of the city that's not impacted by reckless driving," Ald. Ashanti Hamilton said. "It's every section of the city. But being able to focus on four of the most prolific intersections in the city, I think that there is a message that can be sent citywide."

If it's successful, city leaders hope to expand it to other trouble spots.