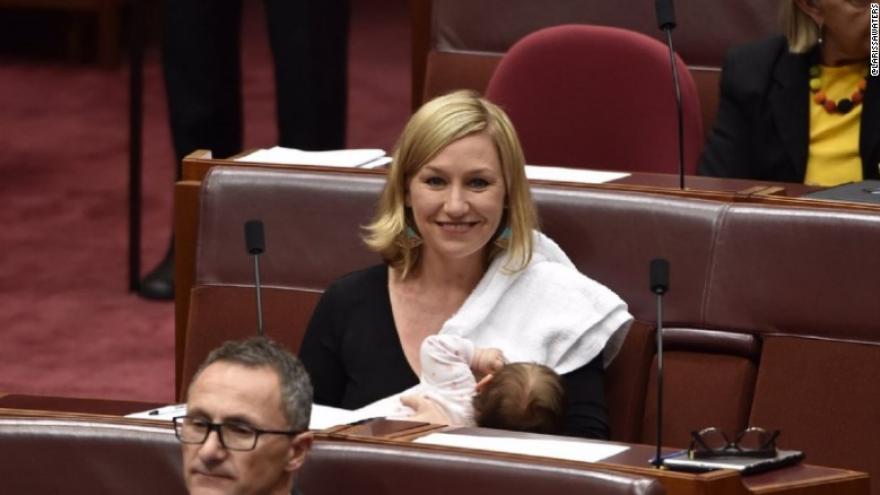 EAU CLAIRE, Wis. (AP) — The Eau Claire City Council has banned children from its meeting platform after one councilor said she wanted to breastfeed her baby when the council was in session.

The Eau Claire Leader-Telegram says the vote on Tuesday follows months of debate after Councilor Catherine Emmanuelle brought her baby to a meeting and breastfed him. Four council members complained and Emmanuelle agreed to sit in the public area. Several groups, including Moms Rising, came to Emmanuelle's defense. Thousands of petition signatures were sent to council members.

Emmanuelle told the council she has the legal right to feed her child during meetings. But, a resolution banning children from the council dias, or meeting platform, was passed on a 7-1 vote.