Cities and Counties Upgrade 911 Phone Systems to Better Protect You 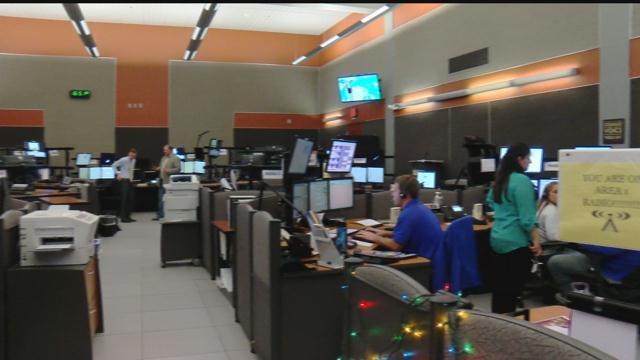 If there's an emergency, you want to make sure your 911 call will get through to a dispatcher. A number of cities and counties in our area are upgrading their phone systems to promise that same thing.

It is estimated about 365,000 calls are processed each year in the Waukesha County Communications Center, and because technology is changing so quickly, they have to be up with the times. Waukesha County just started using their new 911 phone system. It was getting to the point to where parts to fix something on the old system installed in 2004 would be difficult if not impossible to find. Potentially putting your life on the line.

"Really, each call that presents to us is vitally important to make sure the system delivers it appropriately," said Gary Bell, Director of Emergency Preparedness for Waukesha County.

The dispatchers answer a majority of the landline calls in the county, and every cell phone call. Not only does the new system improve reliability, it allows them to be ready for, what's called, next generation 911 in the near future.

"Gonna be delivering images such as pictures, as well as videos, once the back-hauler network is designed to carry that capacity," Bell added.

Now, they're ready for anything. Take it from Jeff Poff, whose job it is to help you.

"So far, we've been able to get to the phones quicker, get more accurate information things like that and so far everything's been great," Poff said.

Waukesha County isn't the only one putting in their new system. The Milwaukee County Communications Center, which answers calls for the Sheriff's Department and the Medical Examiner, plans to update theirs in 2016. Kenosha County is in the process of doing the same thing. They say they plan to get theirs in 2016.