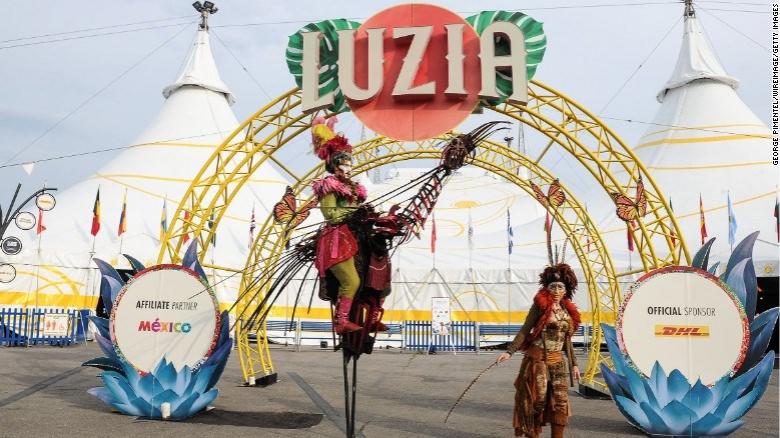 (CNN) A technician working on Cirque du Soleil's "Luzia" show in San Francisco was struck by a lift and died from his injuries on Tuesday night, according to a statement from the performance company.

The employee, who has not yet been identified, was taken to a local hospital where he died, according to San Francisco Police. Cirque du Soleil said it could not identify the employee as his family had not yet been reached.

"We are currently gathering more information about this tragic accident and will update you with more details as soon as we are in a position to do so," it stated.

The incident happened around 6:43 p.m., just before the scheduled 8 p.m. show located near the city's AT&T Park. The San Francisco Police Department and the state's Division of Occupational Safety and Health, also known as Cal-OSHA, are investigating the incident.

The Tuesday night performance was canceled. "Luzia" opened in San Francisco earlier this month and is scheduled to run until the end of January.

The death could bring more scrutiny about safety at the company.

It became an issue in 2013 after a Cirque du Soleil performer, Sarah Guillot-Guyard, plunged to the floor after the wire rope from which she was suspended broke. The aerialist fell nearly 100 feet to her death in front of an audience at the MGM Grand Hotel and Casino.

Earlier this week, a former Olympic gymnast fell face first about 16 feet during a Cirque du Soleil performance in Brisbane, according to 7 News, a CNN affiliate in Australia. She suffered a fracture to her neck and a broken arm, but was reported to be in good condition.