Chrysler facing fine up to $105 million for mishandling recalls 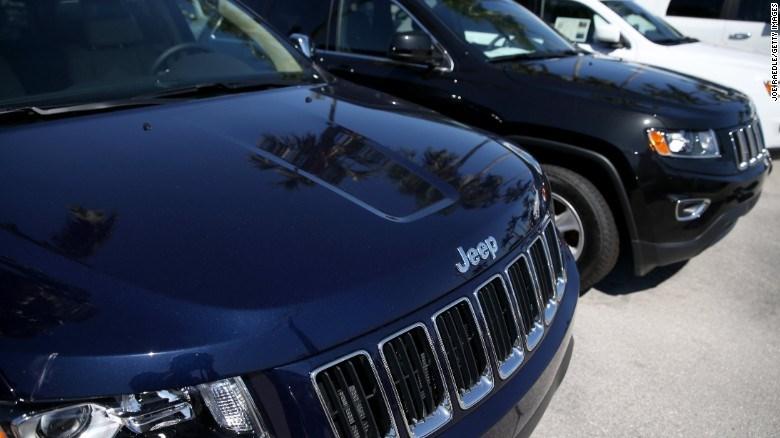 NEW YORK (CNNMoney) -- Federal auto safety regulators are set to hit Fiat Chrysler Automobiles with a record fine, as large as $105 million, for mishandling recalls, a government source with knowledge of the issue said Sunday.

The National Highway Traffic Safety Administration has been pressing the automaker over its handling of recalls for several years.

NHTSA is expected to also announce that Chrysler has agreed to the appointment of an auditor to oversee its recalls. Chrysler declined to comment Sunday.

Chrysler will be able to recover some of the fine money if it meets certain requirements going forward, the source said. News of the fine was reported earlier by the Wall Street Journal.

The fine is associated with 23 recalls involving 11 million vehicles, the source told CNNMoney. It includes a recall of about 1.5 million Jeep Grand Cherokees from model years 1993-2007 with gas tanks that can leak after a severe rear impact.

Chrysler has said it has so far repaired about 500,000 of those vehicles after sending recall notices to all affected Jeep owners.

NHTSA fined Honda $70 million earlier this year for failing to report accidents and safety issues. Last year, General Motors was ordered to pay $35 million for its 10-year delay in reporting a faulty ignition switch now tied to at least 124 deaths.

The federal government's largest ever criminal penalty against an automaker was $1.2 billion, which Toyota agreed to pay last March to settle charges it mishandled recalls related to unintended acceleration.