Chris Christie "not so sure" Trump will run in 2020 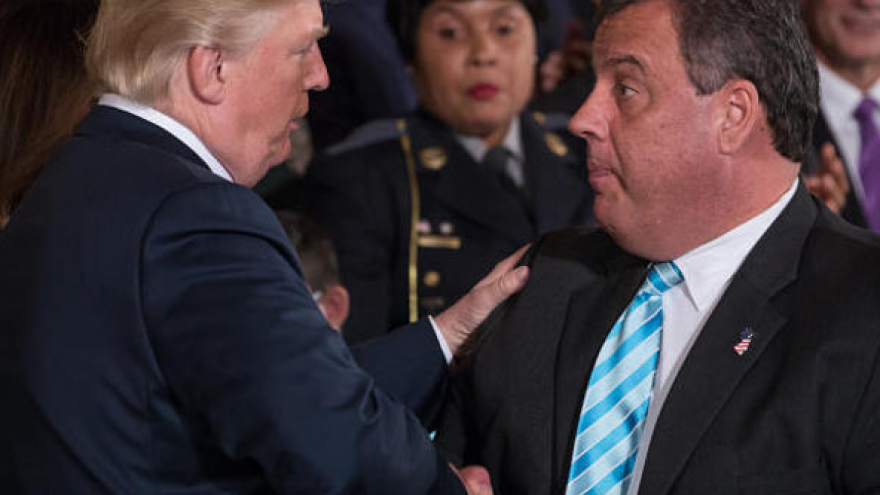 Christie, who supported Mr. Trump's campaign and serves as the chair of his presidential opioids commission, told NBC'S "Today show" he would "absolutely" support the president if he runs again. Mr. Trump filed the paperwork for his re-election campaign on Inauguration Day. But the outgoing Republican governor isn't so sure that's what 2020 will bring.

"If he runs again I would support him, yes, but I'm not so sure what would happen," Christie said of the 71-year-old president. "Four years is a long time, and especially for someone who has not spent a lifetime in politics, so I think those years affect him differently, so I'm sure the president will make whatever decision is best for him and his family and the county. If he runs again, absolutely I expect to be with him."

Christie was also asked about his own dismal approval ratings, which reached a record-low of 15 percent in a June Quinnipiac University poll. Christie listed a few reasons for why his ratings are in the tank.

"I ran for president, people don't like when you have a job and you are looking for another one right in front of them, I endorsed Donald Trump and that was incredibly unpopular in my state as a blue state, and third, Bridgegate happened," Christie said. "I think the combination of those three things, all three of which had really nothing to do with the execution of my job, impacted people and the way they felt about me."

Christie didn't help those ratings when he visited a closed New Jersey beach during a state government shutdown, resulting in an image of him sunbathing circulating the Internet.

But those ratings don't much bother Christie, he told reporters in June press conference.

New Jersey voters will pick Christie's successor — either Democrat Phil Murphy or Republican Kim Guadagno — next month. Murphy is more than 15 points ahead in the polls, according to a recent Real Clear Politics aggregation of recent polls.