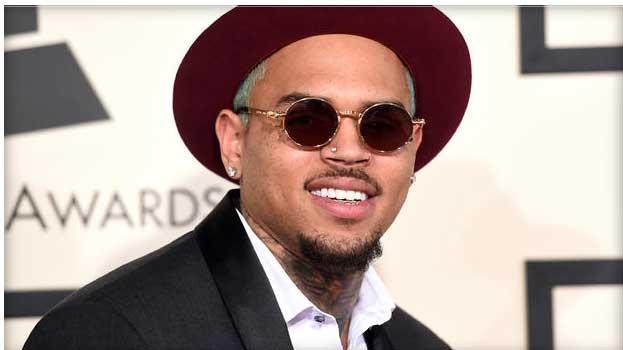 (CBS NEWS) Chris Brown took to Instagram to speak out against recent assault allegations that were leveled against him.

The 26-year-old "Don't Judge Me" singer shared a downtrodden selfie on Saturday evening, and wrote in the caption that he plans on "keeping my circle small in 2016!"

"I'm done taking the care of grown ass men. And I'm going to be hella rich after all the lawsuits I file from these crazy individuals who keep lying on my name," Brown wrote. "Happy NEW YEAR! Time for some of us to grow the f**k up!"

Brown is a suspect in a battery investigation after an assault occurred at the Palms Hotel in Las Vegas on Saturday, the Las Vegas Metropolitan Police Department confirmed to ET.

The alleged victim, Liziane Gutierrez, claims Brown punched her in the face at a private after party held in his suites.

Gutierrez, a Brazilian model, was escorted off the hotel property because of the disturbance, but she later returned to file the report. Detectives could not reach Brown in his suite and later learned he had left the hotel before officers arrived at the scene.

Brown's rep, however, vehemently denies the allegations made by Gutierrez, calling her accusations "completely false and not based in reality," in a statement released to ET on Saturday.

"Making false accusations seems to be a pattern of behavior for Ms. Gutierrez. Whatever her motives, her statements are unequivocally untrue," the rep said.Additionally, Brown's rep claims that Gutierrez had a "total meltdown" at the hotel, which included "throwing her purse to the ground and claiming that she 'could buy everyone in the hotel.'" Brown's rep asserts that Gutierrez's Las Vegas assault allegation seems "like a clear case of retaliation for her bruised ego" ET has also reached out to Brown's lawyer and the alleged victim.