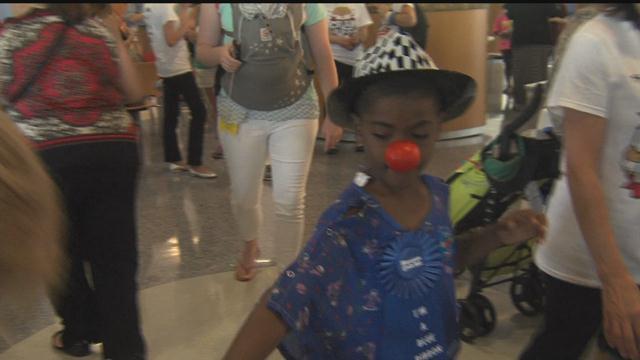 Children’s Hospital and Kohl’s are making sure that every child who wants to gets a taste of the Wisconsin State Fair.

Plenty of laughter and music at from the Wisconsin State Fair came to Children's Hospital on Tuesday.

Entertainers got these young patients out of their rooms and down to the lobby for magic tricks, visits with the therapy dogs dressed as farm animals and of course a taste of the food from stuff on a stick to the famous cream puffs.

“Everyone wants to feel like a kid again. it's not just good for the kids but for our staff to see children acting like children and the entertainers are getting kids up and moving and dancing just like they should be,” said Eileen Clark from Children's Hospital.

This tradition of bringing the fair to Children's Hospital has been going on for years now and Kohl's has helped the state fair make it happen.