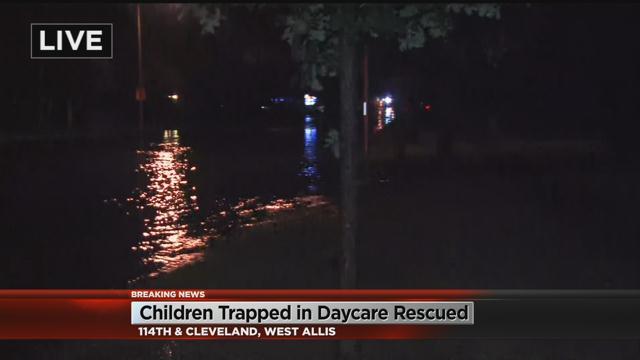 A staff member who answered the phone Wednesday confirms that several workers, parents and children were trapped for a time by floodwater surrounding Kindercare at 114th and Cleveland in West Allis.

The worker said they could offer no further comment.

The daycare center is near the Root River.

On Wednesday afternoon some three inches of rain fell in just a two hour time span.

Firefighters are on scene. Within moments of arriving they began evacuating the children by way of fire truck and taking them to a local church.

CBS 58's Lindsey Branwall reports that  17 were trapped inside and that the water quickly surrounded the building catching them off guard.