Child rescued after being trapped in claw machine 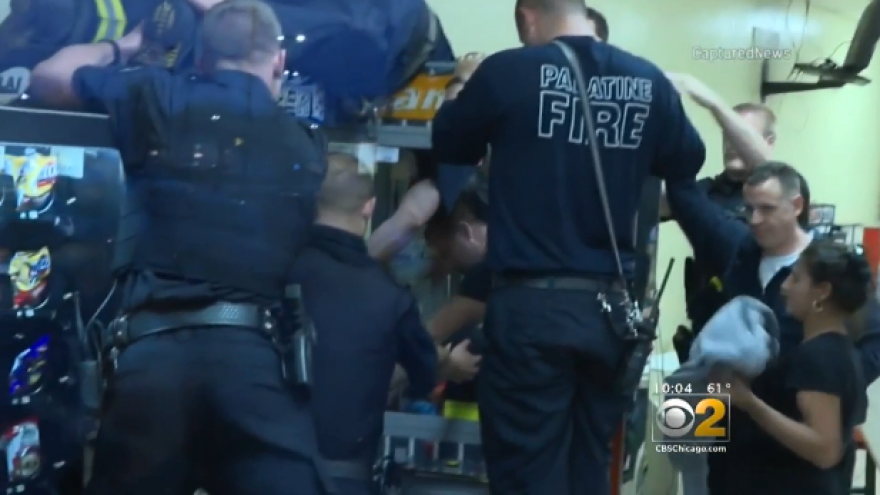 CHICAGO (CBS) – The Palatine Fire Department says they responded to reports of a three-year-old stuck inside a toy claw machine.

It happened at a laundromat near Baldwin and Dundee in Palatine.

Crews from the Palatine Fire Department say they arrived on the scene to find a young boy completely trapped and uninjured inside the machine.

Fire crews worked to extricate the boy from the machine, taking a portion of it apart to gain entry. Two firefighters worked to get the child out, with one firefighter going into the machine.

The firefighter was able to grab the boy, hand him to another firefighter, and return him safely to his mother.

“We have not had one of these before, so it was a first for us. But we’re used to unusual calls and we adapt and overcome,” said Capt. Robert Kluzek of the Palatine Fire Department. “I’m sure they felt good. This is a feel-good call, it’s not the highest priority call. But we worked to get the kid and make the child feel good and the parent as well.”

The 3-year-old was all smiles as he walked away uninjured from the scene — and with a stuffed animal in each arm.

Firefighters did not indicate how the boy got into the machine, but said he had been left unattended.