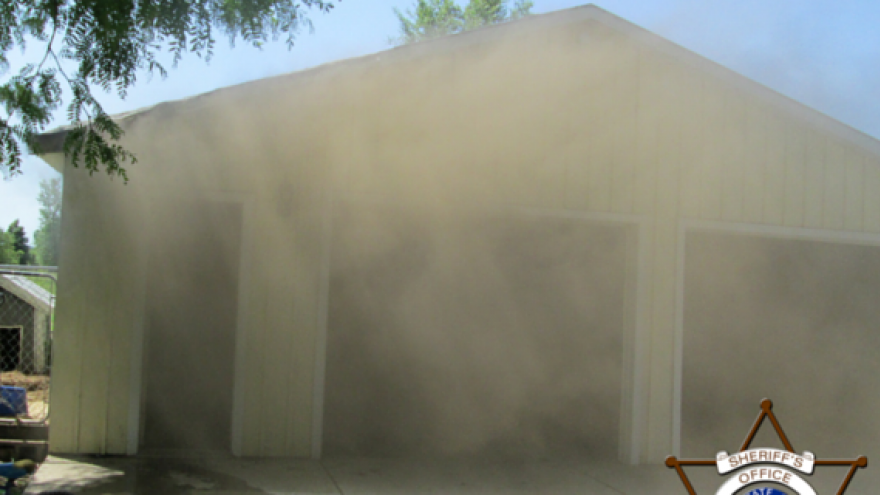 HARTLAND - The Washington County Sheriff's office received a report of a garage fire yesterday morning around 11 a.m. on Arthur Road in the Town of Hartford.

The caller, who was one of the homeowners, reported the garage was not attached to the home and not yet fully engulfed. The Hartford Fire Department, St. Lawrence Fire Department, and the Slinger Fire Department arrived on scene and observed smoke coming out of the structure.

The Fire Departments quickly suppressed the fire. The investigation revealed there was a child who was playing with a trigger-ignited LP torch who started a wall calendar on fire and the flames spread to the insulation in the attic area.

The garage was not occupied at the time of the fire and there were no reported injuries to personnel on scene.