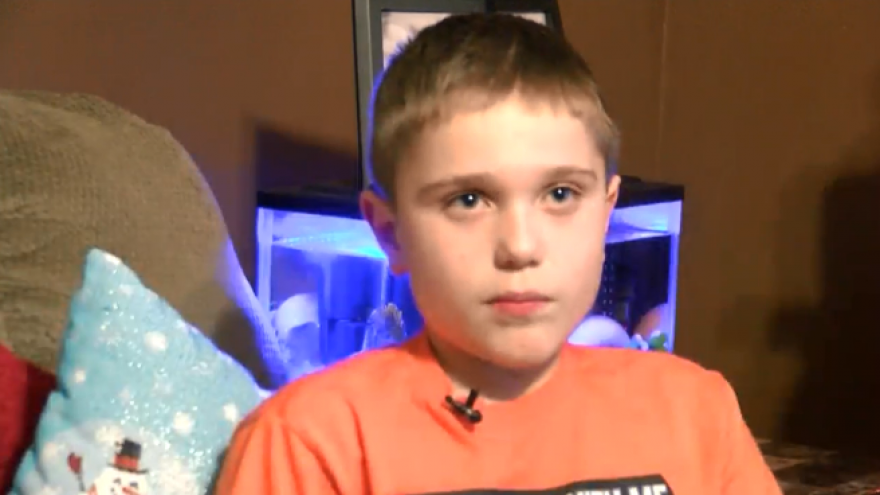 APPLETON, Wis. - (WFRV) The Appleton Police Department is investigating an alleged bullying incident that may have resulted in a physical injury to a student, Sergeant David Lund confirmed on Wednesday.

The alleged incident happened on Wednesday, December 6th, in the morning during recess at Horizons Elementary School.

Local 5 reached out to the Appleton Area School District, and also sat down with the alleged bullying victim and his mother.

Kaiden Westholder is the fifth-grade student who says he was attacked during recess at Horizons Elementary School.

"We were playing tag and then one kid he came up and charged and head-planted me right into the ground," Kaiden said.

Kaiden was taken to a nurse's office where his mom says an actual nurse wasn't there.

"[The nurse] had no knowledge of what happened," Holly Lazzaro, Kaiden's mother, said.

Kaiden says he asked to call his mom and complained that he was in pain, but the school allegedly did not call her until two hours later, after sending Kaiden back to class.

His mom picked him up at the end of the school day and took him to the hospital.

"His eyes were dilated, his gate was off, he was walking like somebody who was drunk. So I immediately knew something was wrong. I took him to the emergency room," Lazzaro explained. 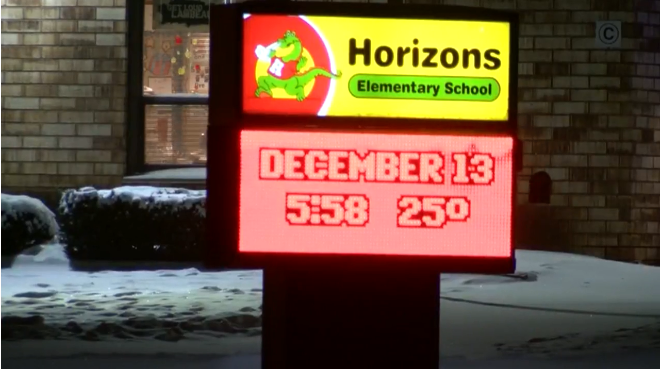 She says Kaiden was diagnosed with a level two concussion and a level one brain bleed.

"He did a standard concussion test which he failed, and then he also had a CT and MRI scan which showed the brain bleed," Lazzaro said.

If Kaiden's brain bleed does not heal in one week, he may need brain surgery, his mom says.

After the incident, Lazzaro pulled her children out of Horizons Elementary and moved them to Richmond Elementary.

She says that she set up a meeting with the Appleton School District superintendent, Judy Baseman, on Monday.

"I have not received an apology for anything that's happened from anybody in the district. What I was expecting from the meeting with her on Monday was totally opposite of what I got. There was no answers, I was told that bullying happens it's everywhere, there's nothing that they can really do to prevent it and that was pretty much it," Lazzaro said.

She added that the student who allegedly pummeled Kaiden to the ground received a punishment of walking one lap around the school's track.

Kaiden says he has been bullied by at least two other students before, and he says he tried to tell teachers about it.

"And then they lost my trust because they weren't doing anything," Kaiden said.

The Appleton Area School District posted a statement from superintendent Judy Baseman on their website.

You can read the full statement here.

In part, the statement reads, "During our review of a recent incident at Horizons Elementary School, we became aware that there is considerable misinformation being posted on social media regarding how this incident was handled at the school and District levels." The statement goes on to read, "Our investigation has shown that the school and the District did act appropriately to address the allegations brought forth."

The Appleton Area School District also added in that statement that there are multiple levels of support in place so a student can report bullying incidents.

The statement reads, "To address bullying concerns District-wide, we implement social skills programming such as Positive Behavior Interventions and Supports (PBIS), provide multiple ways for our students and parents to report concerns, and prioritize placing trusted adults in our schools, including our School Resource Officers."

Local 5 will update this story as it develops.