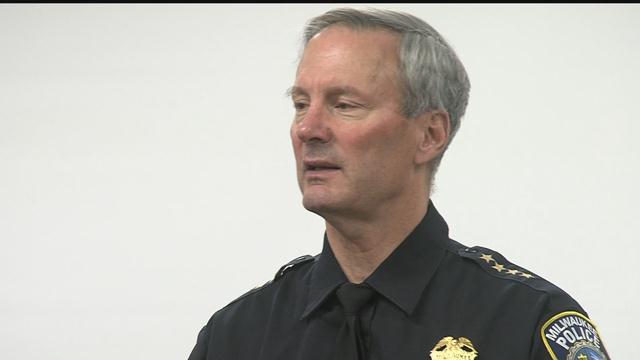 On Friday, Milwaukee Police Chief Edward Flynn was sworn in for his third term as Chief.  The Chief was previously sworn in during ceremonies in 2008 and 2012 and his current term is four years.  Speakers at the ceremony included Milwaukee Mayor Tom Barrett, Alderman Terry Witkowski, and Fire and Police Commission Chairman Steven DeVougas.