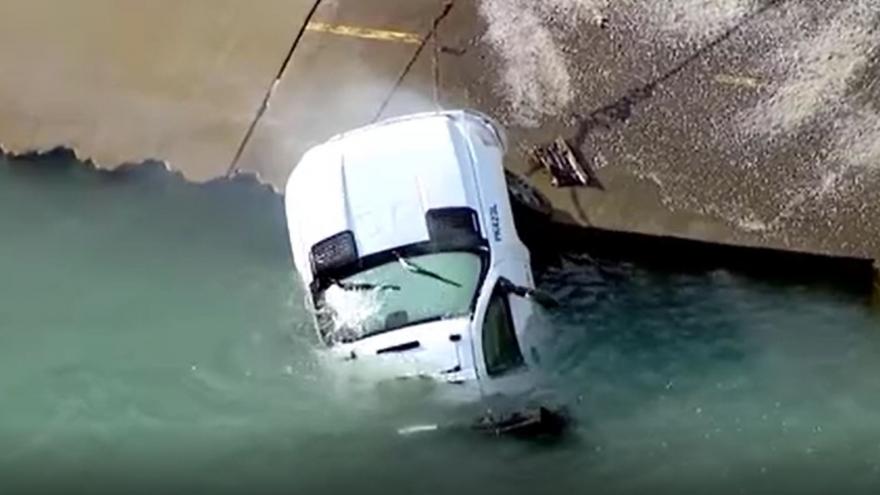 According to police, two city employees were able to get out of the pickup truck before it went into the water. The workers were salting the bike path when their truck began to slide.

Officials said a 46-year-old man was transported to Northwestern Hospital with abrasions to the face and lip. The other man, 45, was not injured.

Police said the bike path is closed from Grand to North Avenue. Traffic delays are expected.

“This incident underscores the importance of being aware of rising lake levels and icy conditions particularly during the Winter months,” the Chicago Park District said in a written statement. “We continue to urge the public to adhere to advisories and respect closures along the lakefront.”

Early morning snow left a heavy ice build-up along the bike path, and crews were worried tow trucks also could end up in the water, so they were waiting on a larger tow truck with a rotating arm to help pull the Park District truck out of the water. Crews also were hoping the sun would help melt some of the ice before they try to remove the truck from the lake.