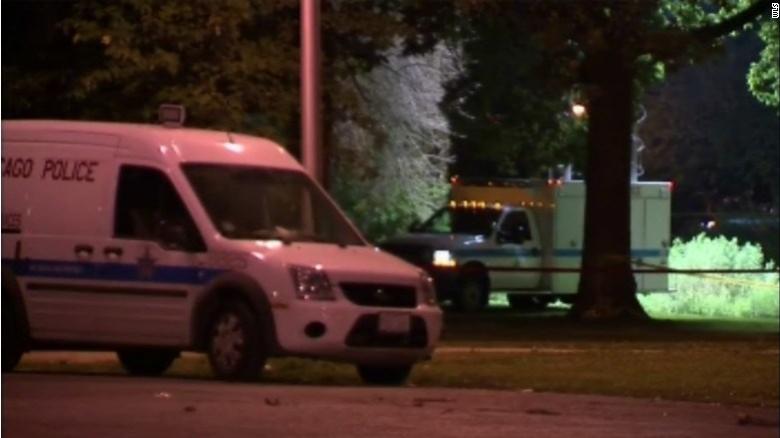 After a foot turned up, police initiated a search and found further parts.

The park, which is centrally located near Chicago's New West Side, has been closed. The investigation is ongoing.