Chicago on Edge after Release of Video of Laquan McDonald Shooting 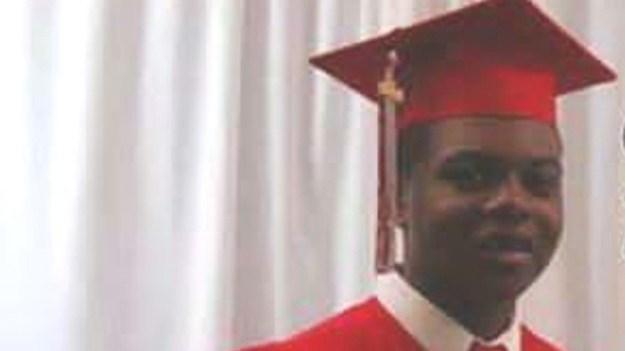 (CNN)Protests erupted in Chicago for a second day Wednesday in response to the release of graphic dashcam video that shows the final moments of 17-year-old Laquan McDonald's life.

The demonstrations were peaceful and didn't lead to massive disruptions. One reason is that Jason Van Dyke, the Chicago police officer who shot McDonald 16 times on a city street, was charged Tuesday with first-degree murder.

Still, the fact that it took 13 months for such action to be taken bothers many. And the video itself -- which came out shortly after Van Dyke appeared in court for the first time -- stoked the anger even more.

"Like many Americans, I was deeply disturbed by the footage of the fatal shooting of 17-year-old Laquan McDonald," President Barack Obama said in a statement.

"This Thanksgiving, I ask everybody to keep those who've suffered tragic loss in our thoughts and prayers, and to be thankful for the overwhelming majority of men and women in uniform who protect our communities with honor. And I'm personally grateful to the people of my hometown for keeping protests peaceful," Obama said.

The video shows McDonald running, then later walking down the middle of a street. He heads toward some police cars with flashing lights, then veers away. It's then that he appears to spin around and falls, brought down by a barrage of bullets. There were 16 shots fired over 15 seconds, all by Van Dyke.

The officer's lawyer, Daniel Q. Herbert, admits the video is disturbing. But talking to CNN's "New Day" on Wednesday, he insisted it doesn't tell the full story -- including that his client "truly was in fear for his life, as well as the lives of his fellow officers."

"Video by nature is two-dimensional and it distorts images," Herbert said, claiming Van Dyke has given him a better sense of his own perspective at the time. "So what appears to be clear on a video sometimes is not always that clear."

Others don't see it that way. Yes, McDonald had a 3-inch knife and, according to toxicology tests, had PCP in his system. Yet he wasn't within 10 feet of anyone at the time the shots rang out. Several other officers were at the scene with Van Dyke, and none of them fired any shots.

Cook County State's Attorney Anita Alvarez said Van Dyke had been on site less than 30 seconds, and out of his car for six seconds, when he started shooting.

"The officer in this case took a young man's life," police Superintendent Garry McCarthy said Tuesday. "And he's going to have to account for his actions."

Beyond the video's troubling nature, the fact Laquan McDonald wasn't the first black person shot dead by a Chicago police officer was another reason that protesters took to the streets Tuesday night. At one point, they seemed to form a circle and chanted names of others they said were also victims of police violence in the city.

"Unfortunately, this has been a persistent problem in terms of excessive force being used by police and the murder of black people with impunity by the police," said Jay Travis, who has lived on Chicago's South Side for 43 years. "So we're out here for love of our city. We're out here pushing for change."

Five people were arrested during Tuesday night's protests, including one accused of felony aggravated battery to a police officer, the Chicago Police Department said. Four Chicago police officers were injured, and all were treated and released, the department said without elaborating.

This demonstration took place against the backdrop of a city that's struggled mightily to contain violence of all kinds.

Chicago began being called the murder capital of the United States back in 2012, after it registered 503 homicides, more than any other city. It didn't get much better, with the FBI's 2014 statistics showing 411 killings -- more than the 333 in New York and 260 in Los Angeles, two cities with higher populations.

Then there's the national conversation over African-Americans feeling targeted by police. The deaths of people like Michael Brown in Ferguson, Missouri, and Eric Garner in New York -- both after confrontations with white police officers -- have spurred protests nationwide under the umbrella of Black Lives Matter.

"It is having an impact on the safety we want to see throughout the city of Chicago," he said, CNN affiliate WBBM reported.

Emanuel, though, didn't defend Van Dyke, who is white. He said this was one officer who violated "the highest professional standards" that thousands of Chicago police live up to every day.