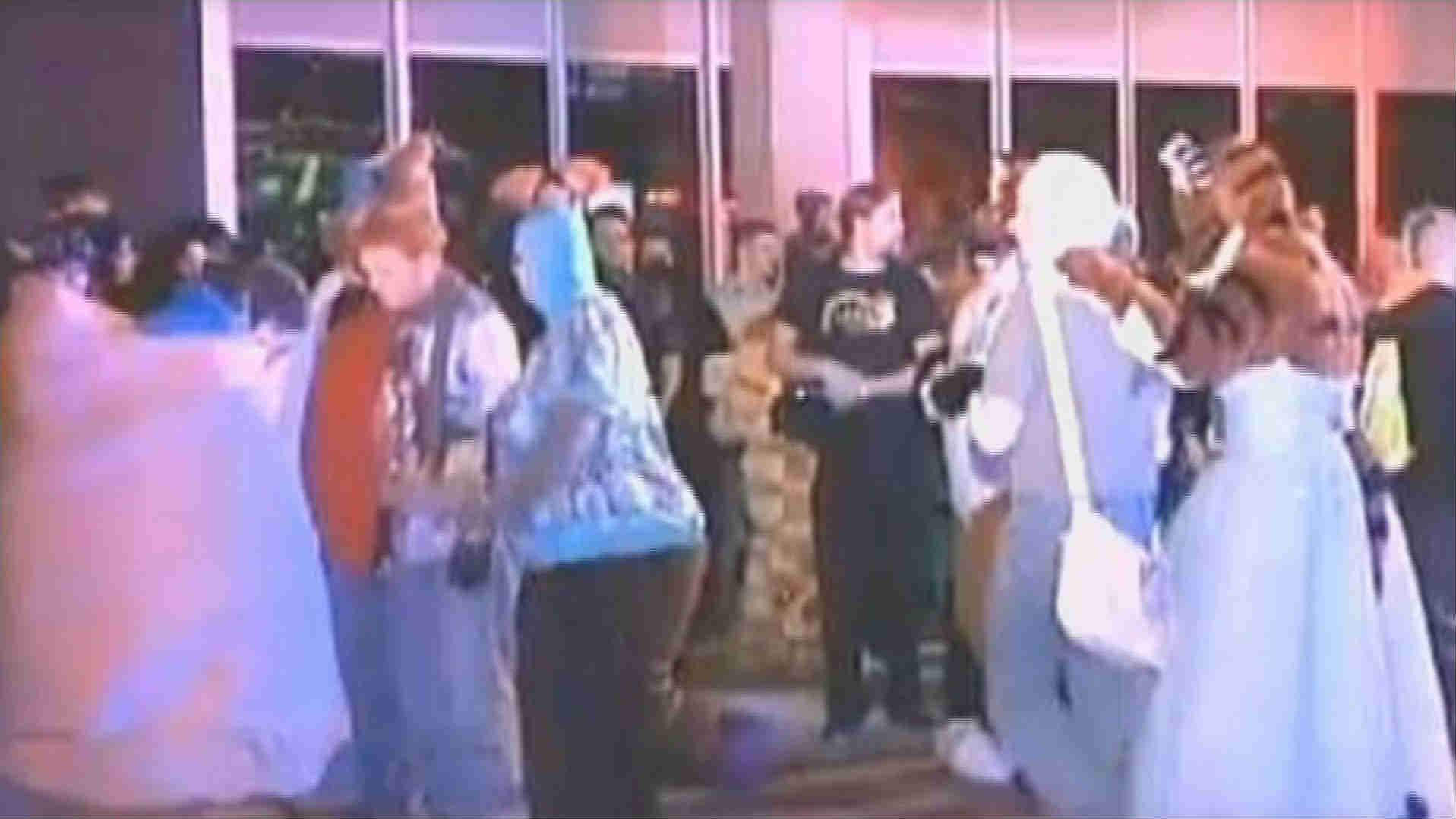 (CBS NEWS)--A chemical leak forced an evacuation of a hotel in Chicago hosting a furry convention and sent 19 to the hospital.

The third alarm chlorine gas leak at the Hyatt Regency O'Hare happened right in the middle of the annual Midwest Furfest Convention, forcing people to evacuate the center in full costume.

Authorities investigating the leak say it is consistent with an intentional act and police are investigating it as a crime, reports CBS Chicago.

After being evacuated, one convention goer told CBS Chicago: \"We have a lot of costumers out here with big fluffy costumes that'll keep people warm so at this point we're not worried.\"

Several witnesses say the leak was reported on either the 9th or 10th floor of the hotel. One woman says chlorine could be smelled on both floors.

The source appeared to be powdered chlorine found in a 9th-floor stairwell, reports the Associated Press.

Ambulances from surrounding suburbs were on scene to take people to area hospitals.

The Midwest Furfest describes itself as an event where people \"come together to celebrate furry fandom, that is, art, literature, and performance based around anthropomorphic animals.\"

According to its website, 3,904 attended the event in 2013, \"making it the second largest furry convention in the world.\"
Share this article: