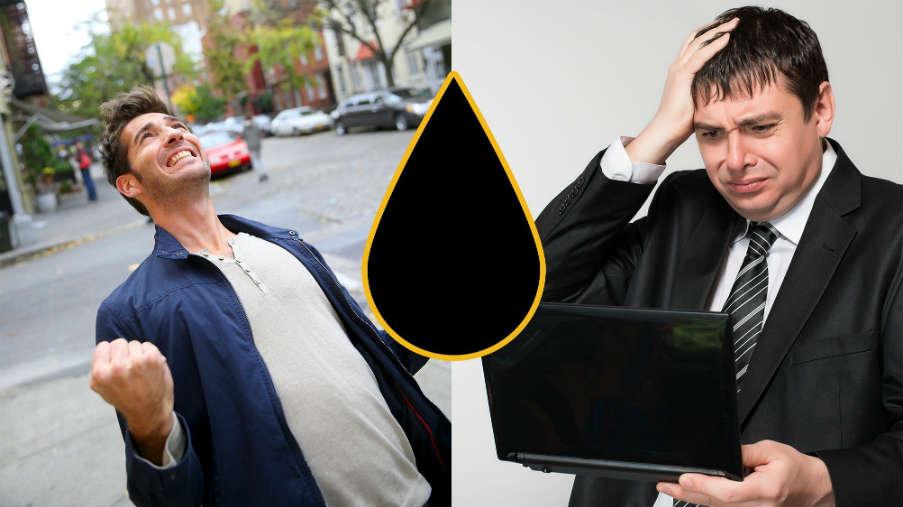 In a way, it's payback time: In the years following the financial crisis, the middle class suffered from high unemployment and stagnant wages while the stock market roared back to life.

Now, the tables have turned. The average American driver this year will save an estimated $550 on gas, which is now below $2 a gallon at about 40% of U.S. stations. Most analysts believe prices will remain depressed for the foreseeable future and it will be good for the economy as Americans have more money to spend or save.

\"The longer, the better as far as I'm concerned,\" said Rick Marxsen of Columbus, Nebraska, a town of 24,000 that's west of Omaha.

But on Wall Street, anxiety is back. Stocks sold off this week as oil fell below $50 per barrel -- to its lowest level since 2009 during the dark days of the recession.

The fear is that tumbling crude will take America's shale boom down with it.

Investors and executives in major energy firms are the worst off. The 10 biggest U.S. oil and natural gas companies have lost over $200 billion in recent months as crude prices have tanked. They have already started to announce cutbacks in spending.

Smaller energy companies with heavy debt loads are even more at risk. Projects that were profitable when oil was over $100 no longer look so wise.

So, who's right, Main Street or Wall Street? \"Too much of a good thing is a bad thing,\" asserted Fadel Gheit, a veteran energy analyst with Oppenheimer and Company, of the market's reaction falling oil. \"Unfortunately for the oil business, we either love them to death or we hate them to death, there is no middle of the road.\"

Though he predicts real pain for people whose jobs are tied to the energy industry, he believes that ultimately Main Street has more to gain than Wall Street has to lose.

\"There are going to be winners and losers ... if you're holding a lot of energy stocks or energy bonds in your portfolio, that's going to be a major hit,\" said Stephen Stanley, chief economist at Amherst Pierpont. \"But on balance, the lower oil prices go, the better it is for the economy.\"

Most economists agree. They liken cheap gas to at least a $60 billion tax cut, most of which will get poured right back into the economy as consumers go out and spend it.

\"From the standpoint of the U.S. and U.S. outlook, the decline we've seen in oil prices is likely to be, on net, a positive,\" she said at a press conference last month.

\"It's good for families, for households. It's putting more money in their pockets,\" she said.

For those at the bottom of the income ladder, inexpensive fuel is even more of a godsend. They've felt especially left out of the post-recession party, since many don't own stocks or their own homes. That means they missed out on the incredible rises in both asset classes.

Cheap gas is quite possibly the break they've finally been waiting for.

\"They don't even know what a portfolio is, but they have kids to feed, bills to pay,\" proclaimed Gheit. \"It's music to their ears.\"