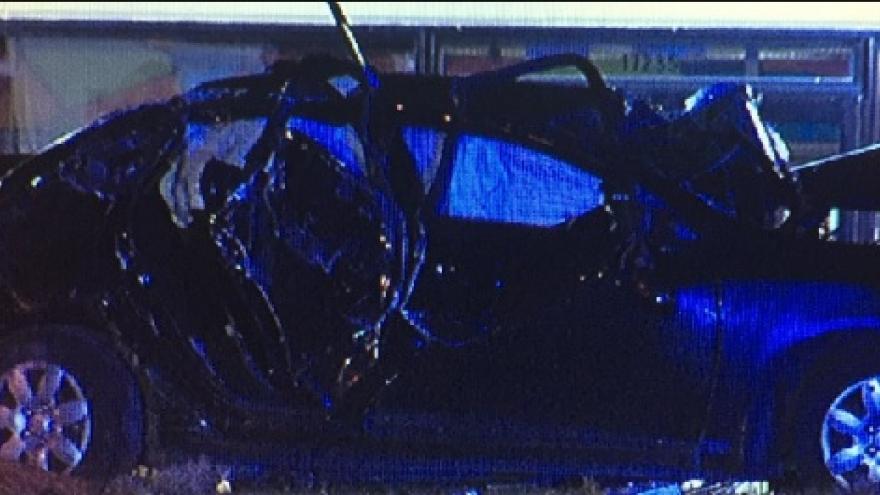 UPDATE: BROOKFIELD (CBS 58) -- Police in Brookfield are trying to figure out exactly what led up to deadly crash.

Sheriff's deputies say they were trying to pull over a black Hyundai for speeding near Bluemound and Barker Roads. The driver, a 24-year-old man from Milwaukee, initially did pull over but when he was questioned, he sped off.

Police followed him until he crashed into a utility pole. The driver was pronounced dead a short time later.

Some homes nearby did lose power in the accident, but officials say it should be back up and running.

BROOKFIELD (CBS 58) -- A police chase ends in a deadly crash in Brookfield.

The Waukesha County Sheriff's Office says they were trying to make a traffic stop shortly before midnight when the driver fled.

A short chase down Bluemound Road took place, with officers from Pewaukee and Brookfield assisting. The chase ended when the suspect crashed into a building at the intersection of Bluemound and Calhoun. The driver was pronounced dead at the scene. He did not have any passengers.

All eastbound lanes of Bluemound Road were shut down for about five hours. The City of Brookfield Police Department is handling the investigation.