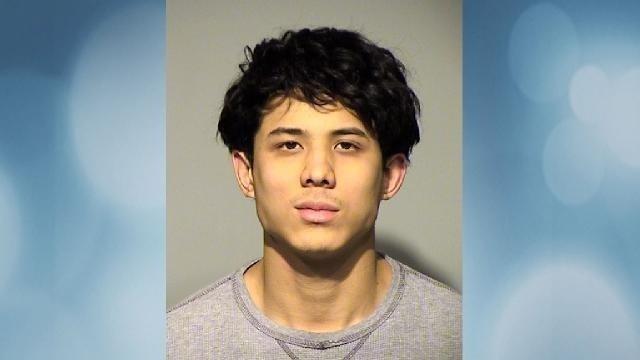 The West Allis man has been charged for allegedly fatally shooting a neighbor.

Zachary Hays has been charged with first degree reckless homicide.

Police responded to 2390 S. 92nd Street for a report of a person trying to kick down a door. While responding to that location, West Allis Police found Gabriel Claudio-Sanchez’s body lying on the ground.

Claudio-Sanchez had sustained a gunshot wound towards the middle of a chest.

A witness said a man from apartment #3 “banged” on her door asking her for the key to the basement.

She said she could hear banging in apartment #3.

The man went to the basement door and put the key in the lock and appeared to have problems.

She then asked for the key back and the man then asked her “Where is my brother?”

He then attempted to get inside her apartment. So she shut the door on him.

The man from apartment #3 said that his brother was inside the apartment. He then pulled out a gun and shot at them, hitting Gabriel.

Gabriel told her to run and the man then reached inside the apartment and fired again.

Her and her two boys ran into the bathroom and attempted to close the door.

The man fired towards them.

The witness identified Zachary Hays by a picture.

The Sauk County District Attorney’s Office, also, filed charges last Wednesday against in connection with a fatal interstate shooting over the weekend.

Hays was is accused of shooting and killing a woman Sunday on May 1 on the Interstate 90/94 near Wisconsin Dells.