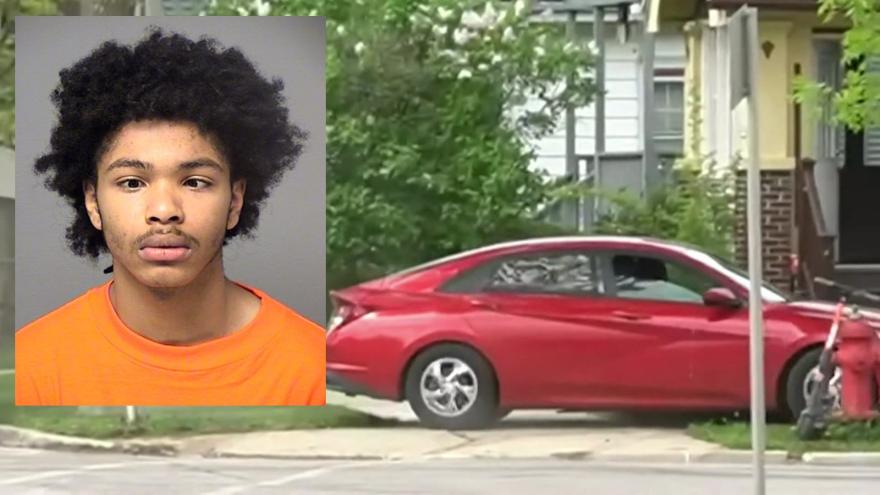 MILWAUKEE (CBS 58) -- Criminal charges have been issued against a 17-year-old identified as one of the individuals seen in a "Kia Boys" YouTube documentary about a group of notorious car thieves that engage in reckless driving.

The video shows an incident that occurred May 17, 2022 near 36th and Courtland.

Milwaukee police say 17-year-old Markell Hughes was charged in connection to the incident with:

According to a criminal complaint, a red 2021 Hyundai Elantra was reported stolen from a person renting the vehicle from Hertz Rental overnight May 16. The YouTube documentary shows on May 17, a red Hyundai Elantra driving at a high rate of speed, down a one-way street the wrong way. The incident occurred within feet of a school. The Elantra was seen on video skidding off the road and over the curb, onto a sidewalk. Later in the video, the Elantra speeds down a one-way road, swerving erratically, narrowly missing a male bystander running across the road. Multiple people are seen sprinting away from the car through the documentary.

Milwaukee police said they received an anonymous tip which stated the driver of the Hyundai in the YouTube documentary was Markell Hughes.

According to a criminal complaint, Hughes admitted to being the driver of Hyundai Elantra and said he was going too fast. Hughes allegedly said he does not steal cars but agreed with a detective when they said, "You just drive them."

The Milwaukee Police Department says they appreciate all the information they received from the community regarding the investigation.

"We are proud of all the hard work of our members that have been diligently working on identifying the individuals involved in criminal activity in the video," Milwaukee police said in a statement.

Police continue to ask the community to come forward and provide any information regarding the individuals involved in criminal activity or reckless behavior. Anyone with any information is asked to contact Milwaukee police at 414-935-7360, or to remain anonymous, contact Crime Stoppers at 414-224-Tips or P3 Tips App.