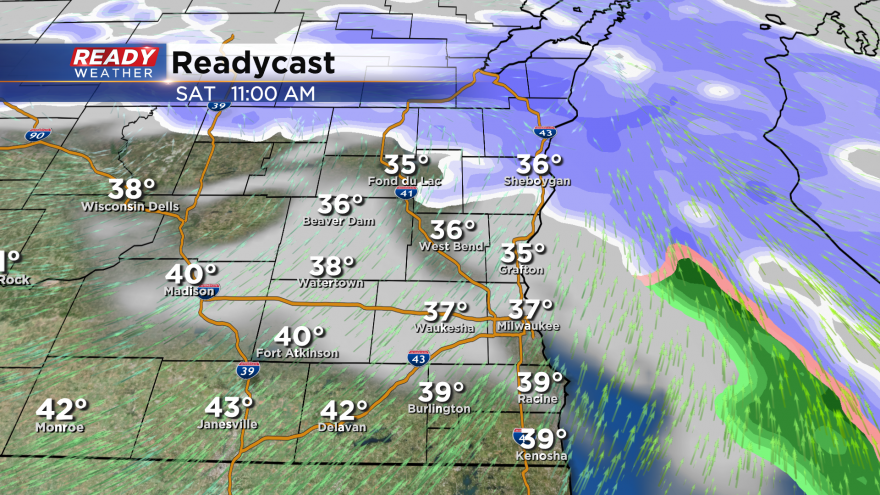 It's been a chilly and gloomy Black Friday across southeast Wisconsin with mostly cloudy skies and temps only in the upper 20s. The clouds will hang around tonight as a clipper system approaches from the northwest. A few flurries are possible tonight, but the light snow will hold off until mid morning Saturday. 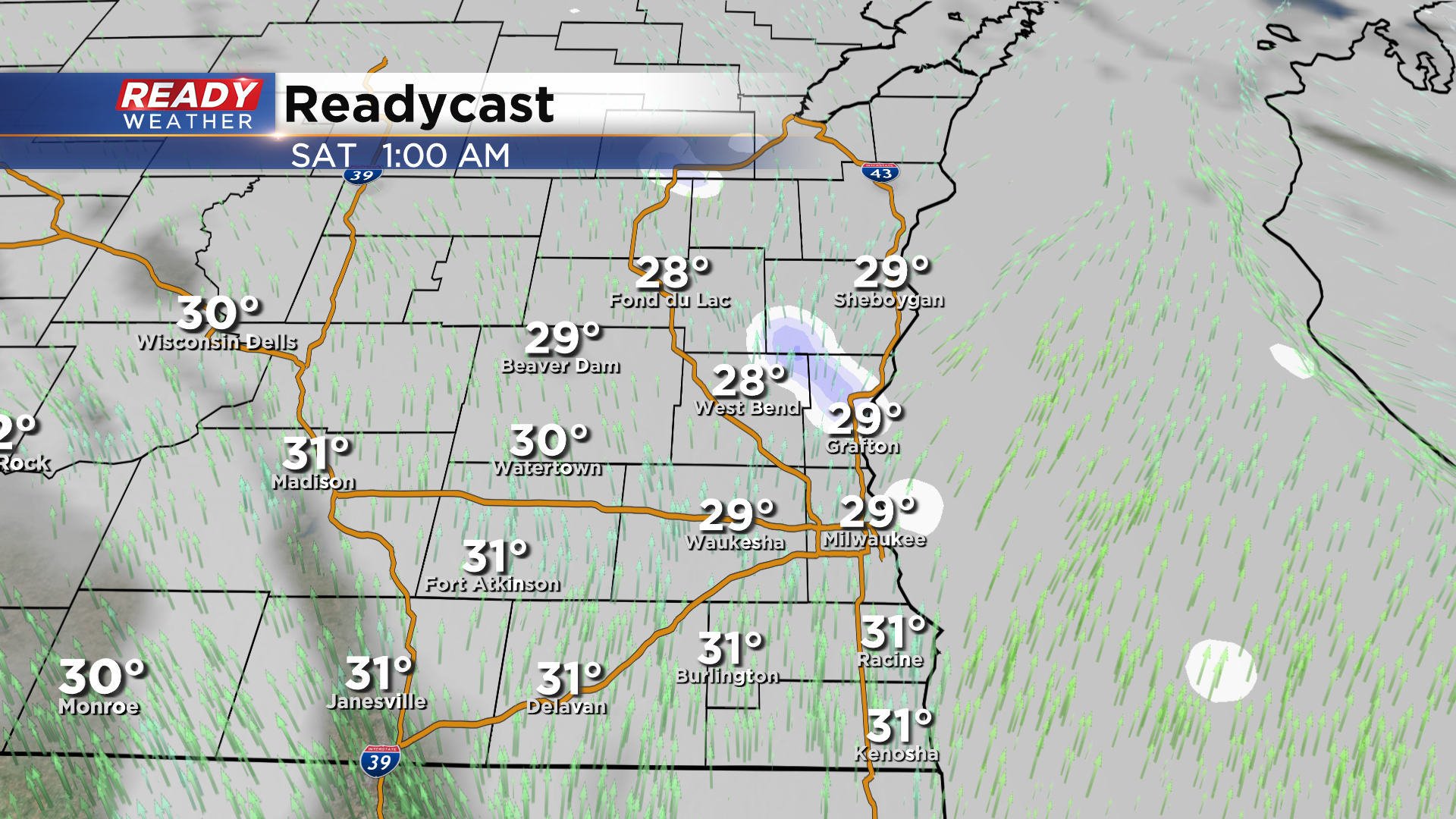 This clipper system looks to track across southern Wisconsin, which would put the main band of snow across central Wisconsin into northeast Wisconsin. However, parts of Fond du Lac and Sheboygan counties may be clipped by this steadier band of snow at times. 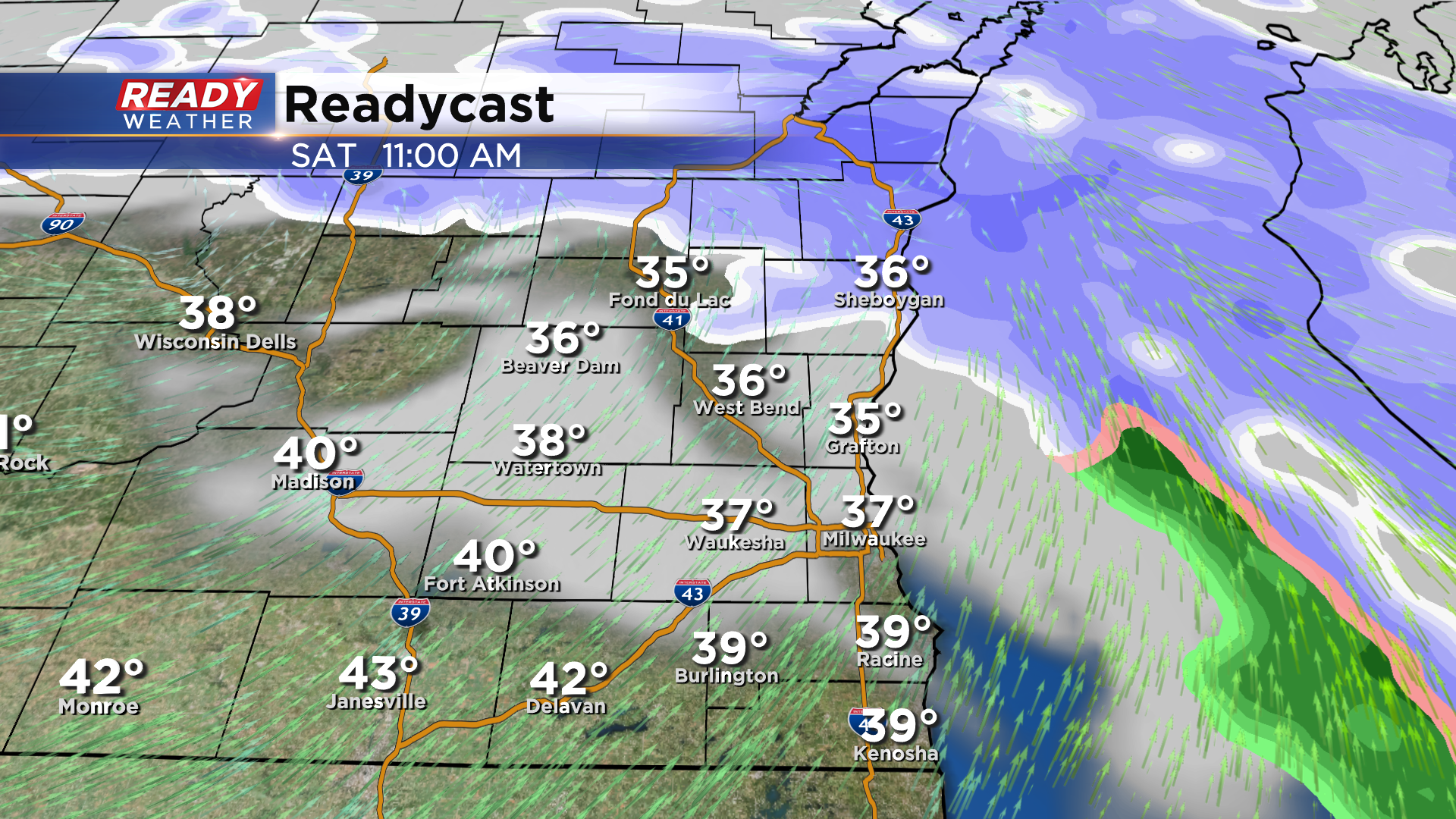 The low pressure system itself looks to track across southeast Wisconsin mid to late afternoon, which could bring a few more snow showers across the rest of the area. Some rain could mix in closer to the WI/IL border where temps will be closer to 40 degrees. 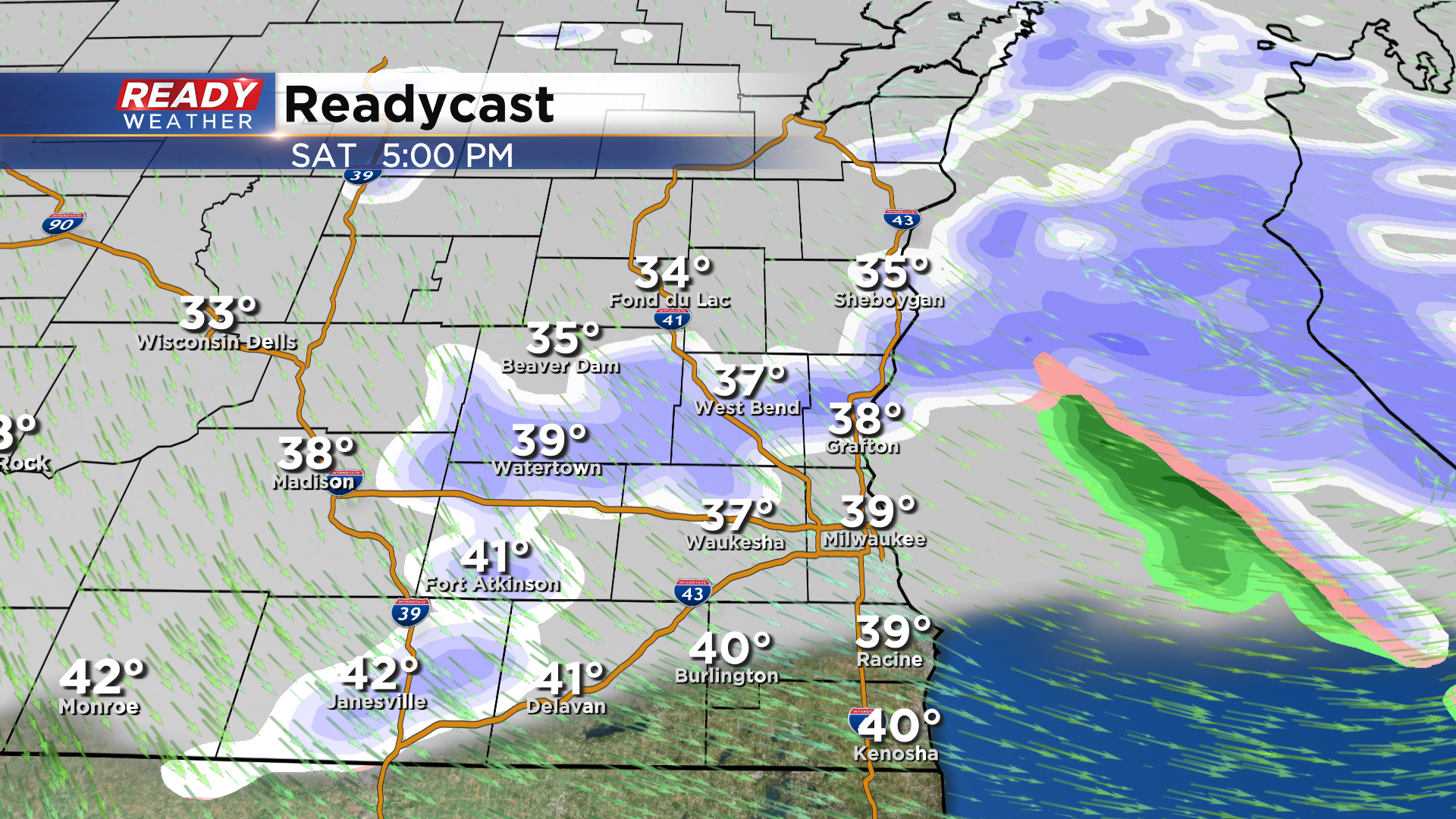 Sheboygan county has the best chance at seeing an inch or so of wet snow. A light coating of snow is possible in spots north of I-94, with not much expected along and south of 94. 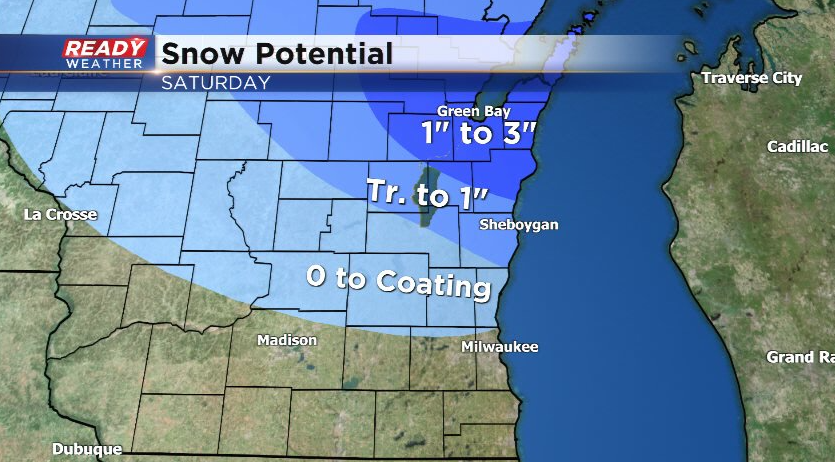 There is still a bit of uncertainty in the exact track of this system, so snow totals may shift slightly north or south. Snow looks to taper off by evening with some sunshine returning to end the weekend. It'll still be chilly and blustery on Sunday, but temps look to return to the low 40s early next week. 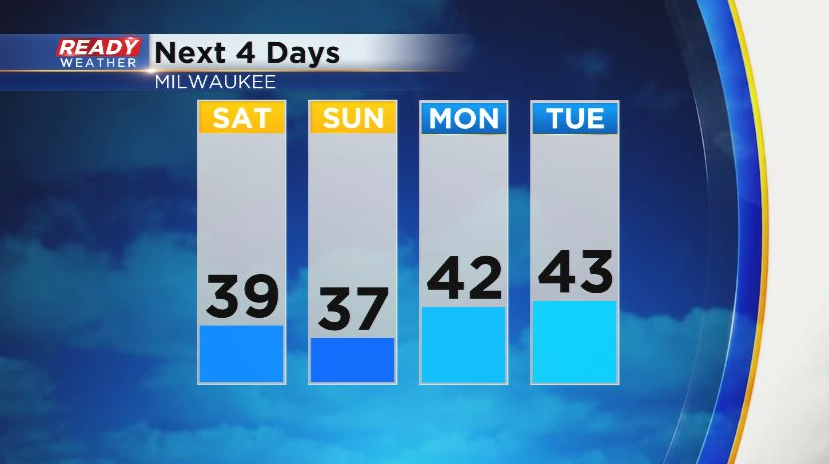